This article lists Intelligent Transport’s most popular news pieces and articles in 2019. Stories include industry firsts, solutions to urban mobility challenges, the expansion of innovation and the benefits of collaboration. 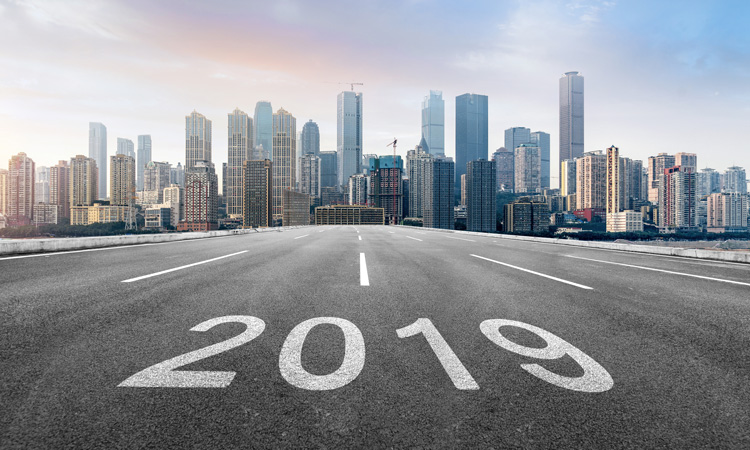 2019 was a year of change and innovation not only for the urban mobility sector, but for the passenger, too. When transport management or implementation changes, the user behaviour surrounding that mode must also change, and we undoubtedly saw that throughout 2019. Intelligent Transport covered a wide range of stories over these past 12 months, and our Intelligent Transport Conference provided a snapshot of the current problems, solutions and innovations in the industry.

We’re starting 2020 with a look back at last year’s most popular stories and articles – click on the titles to view our top 10 news stories and top 10 articles of 2019:

10. Cycle to Work scheme receives an update from the UK government

The UK government invested almost £2 billion in active travel, designed to help more commuters make greener journeys by using e-bikes. The Cycle to Work scheme was updated in guidance in June 2019 to make it easier for employers to provide bicycles and equipment. 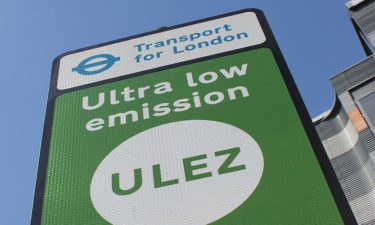 Our ninth most popular story of 2019 was the publication of London City Hall’s six-month progress report of the Ultra-Low Emission Zone (ULEZ).

Quarterly averages revealed that levels of nitrogen dioxide (NO2) on roadside monitors fell from 89 µg/m3 in January to March 2017 to 57 µg/m3 in July to September 2019 – a 36 per cent decrease.

The report also stated that there are now 13,500 fewer polluting cars in central London every day, with 77 per cent of vehicles in the zone meeting ULEZ emissions standards. This was compared to 39 per cent in February 2017 and the 61 per cent in March 2019.

The UK launch of xooox, pronounced ‘zooks’, came in as our eighth most popular story of the year. Ride-hailing services exploded in 2019, continuing the trend that began the year before.

xooox is said to offer more choice and wider geographical coverage than other apps because it allows drivers to find their own fares and set their own prices, with no commission charges. xooox says that it works anywhere in the country, including rural communities and many cities where apps are not licensed or economically viable.

Another undeniable trend of 2019 is was the burst of new micromobility services. Shared scooters and bikes launched in many cities and towns across the world over the past year, but not without complications.

The industry saw issues with vehicle abandonment, public complaints, user safety and battery lifespan. This news piece – the seventh most popular of 2019 – outlines how Wind, the global e-scooter sharing company, launched its new scooter model in Tel Aviv, Nice and Bordeaux. The model included a swappable battery which is allegedly durable for a distance of up 80km, as well as bicycle-style hand brakes, brighter lights and a horn.

At number six is a story from February 2019 in which the UK Department for Transport introduced stricter laws designed to protect passengers in taxis. The safety measures included a recommendation for councils to ensure all drivers received extensive criminal record and background checks.

Alongside the trends of e-scooters and ride-hailing, autonomous vehicles played their part in 2019. Trials and pilots took place all over the world as companies raced to perfect public feasibility.

This story saw the commencement of driverless pod operation at London’s Queen Elizabeth Olympic Park. Visitors were able to book rides via an app and travel around the park on the pod’s designated route. The aim of the trial was to determine whether such an on-demand autonomous service could be used at public transport hubs and around tourist hotspots. 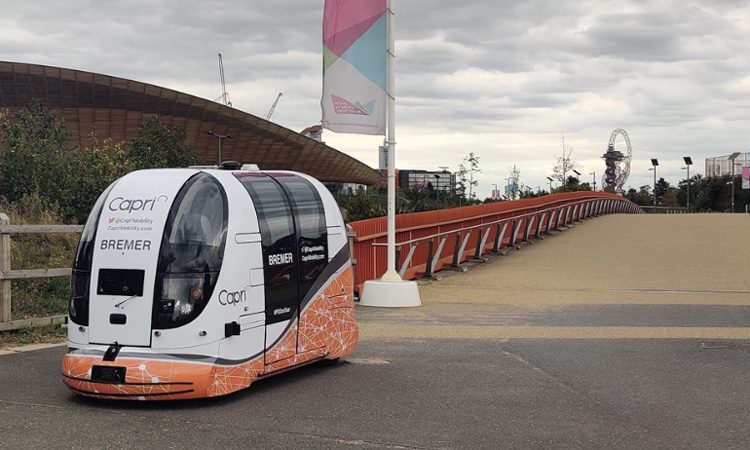 Barcelona is in at number four with the installation of vertical doors at Can Cuiàs subway station. Said to be the first of their kind in operation experimentally, the vertical lifting doors were designed to increase the safety and comfort of passengers with their 160cm physical barrier between the train and the edge of the platform.

The doors were automated and synchronised with the subway train schedules.

Jelbi, said to be the largest Mobility-as-a-Service (MaaS) solution in the world, was launched in Berlin in September 2019. The service included 12 types of transport – said to represent every possible way of moving around the city. The services included trams, trains, ferries, metro, bikes, e-scooters, car-sharing and taxis.

The service was combined with real-time routing, designed to make it easy to plan, choose and pay for a journey.

2. The London electric bus fleet is the largest in Europe

In September, London had more than 200 electric buses, which Transport for London (TfL) said will grow as it awarded contractors to operators for a further 78 double-deck buses, which were predicted to carry 18.5 million passengers every year.

The news that residents of Augsburg could access all buses, trains, rental bikes and car sharing within the city for a fixed monthly fee came in as our most popular story of 2019.

The flat rate offers started on 1 November 2019, meaning users could select from two packages depending on their needs. It was also announced that the city planned to make all trams and buses within the ‘City Zone’ free to use from 2020 onwards.

10. A digital future for cycling: the role of data and ITS in encouraging more cyclists

In March 2019 partners of the BITS project (Bicycles and ITS) came together to kick-start a project, aiming to get more people cycling by offering a ‘digital layer’, which can benefit both cyclists and local authorities. Marjolijn Boot, the Head of the Spacial Planning and Mobility Unit in the Province of Overijssel, told us more in this article, which was our tenth most popular of 2019.

9. What does General Motors’ new patent mean for the future of autonomous vehicles?

While all eyes have been on manufacturers looking to develop the first mass market SDV, General Motors has shown the possibility of a whole new potential market, said Ed Round, Partner at Marks & Clerk, in his article posted in March 2019.

8. The future of hyperloop in the UK: cutting through the hype 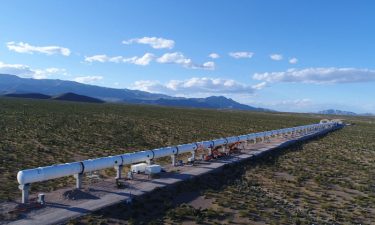 With the possibility of hyperloop implementation a key discussion point in 2019, Gavin Bailey, Technical and Business Development Manager, and Roseline Walker, Technical Consultant Freight and Fleet from Transport Research Laboratory (TRL), investigated the likelihood of hyperloop being successfully integrated into existing transport networks.

7. Defining the role of government in the new mobility ecosystem

“New mobility” was a term that has swept the globe in the past year, revolutionising how people get from point A to point B and everywhere in between. Our seventh most popular article argued that it is the convergence of mobility on demand (MOD), Mobility-as-a-Service (MaaS) and transportation demand management (TDM) that is shaping the sector, which, in turn, means big changes for governments and transit agencies.

At number six is Dr. David Hart’s article about how hydrogen technology could soon see a reduction in the effects of transport emissions, one of the most pressing issues of 2019.

The Coastal Highway Route E39-project is the largest infrastructure project in modern Norwegian history, and quite possibly the largest on-going road project worldwide, said Arianna Minoretti, Chief Engineer at the Norwegian Public Roads Administration, in our fifth most read article of 2019.

4. Understanding MaaS and the emerging circular economy of mobility 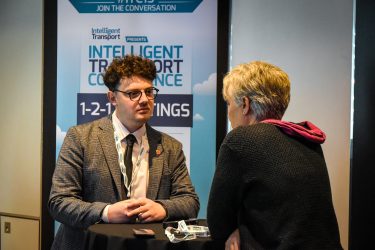 Robin Chase and Luke Antoniou at the Intelligent Transport Conference 2019.

The Intelligent Transport Conference 2019 included a speech by Robin Chase, Co-founder and former CEO of Zipcar, exploring Mobility-as-a-Service and the challenges and opportunities of urban mobility. Intelligent Transport Editor Luke Antoniou spoke with Robin to gain her insight into future possibilities for the industry and discuss her passion for active transport modes, and the article came in out our forth most popular of the year.

3. Exploring Dubai’s plans for the future of mobility

As Dubai continued to grow as a metropolitan hub throughout 2019, Intelligent Transport discussed the urban mobility scene in Dubai with His Excellency Mattar Al Tayer, Director General, Chairman of the Board of Executive Directors of the Roads and Transport Authority (RTA).

2. Is the time for transport integration and multimodality finally here?

Whether citywide, regionwide or even countrywide, better transport integration is on its way to a space near you – the question remains, though: how can we bring the industry together to play nicely? Editor Luke Antoniou’s March 2019 article takes second place.

At the beginning of 2019, Carol Schweiger, President of Schweiger Consulting, highlighted the technology trends that she thought had the potential to help change mobility in 2019. Twelve months later and the article is still our most read, but were her predictions correct?