What does General Motors’ new patent mean for the future of autonomous vehicles?

While all eyes have been on manufacturers looking to develop the first mass market SDV, General Motors has shown the possibility of a whole new potential market, says Ed Round, Partner at Marks & Clerk. 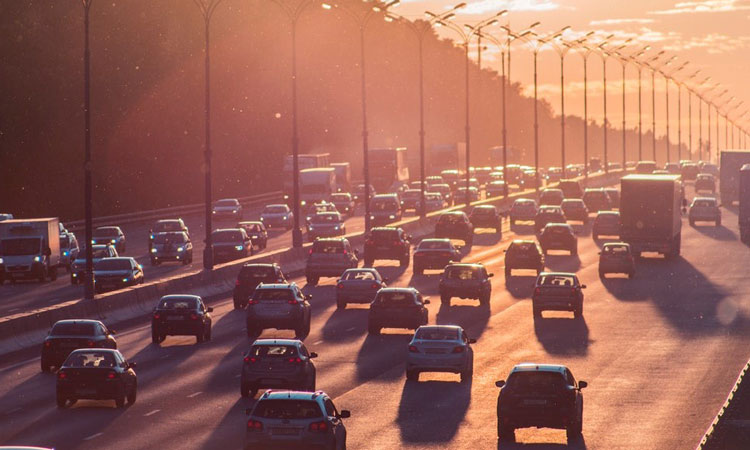 A patent granted in February 2019 to car giant General Motors (GM) has the potential to further disrupt the market for self-driving vehicles (SDVs). Much of the focus around SDVs has been on the race to produce the first mass market SDV and the development of the computational, regulatory and physical infrastructure needed to support large-scale SDV use.

GM’s patent however shows that there is more than one way to skin a cat in the SDV market. The patent is for a system which could be retrofitted to existing vehicles – even older models with little or no on-board software – to transform them into SDVs.

The patent then is a curve ball, and will no doubt have taken the market by surprise. If the system GM has patented proves successful, it could be a game changer in the automotive market. Alongside the growing number of SDVs rolling off production lines globally, this technology would create a whole new market, and a whole new cottage industry dedicated to the retrofitting of existing vehicles.

Firstly, what is it GM has patented and how does it work?

The system patented includes an array of sensors which would be fitted around a car, connected to a central computer housed in the boot area and a series of interfaces that interact with key mechanical systems such as the throttle, steering system and brakes. While newly built SDVs would have these systems built into the fabric of the vehicle, GM’s patent is a means of adding SDV technology to existing vehicles.

The result isn’t as elegant as in cars with the systems built in from the outset, but has the potential to be cheaper and more accessible – thus speeding up the arrival of a fully automated mass transit system.

This raises many questions. For example, are road networks ready for the roll out of mass SDV transit and how will millions of SDVs spread across complicated urban networks be coordinated? Much will depend on the processing power of the computers housed in the vehicles, and the software they use to communicate with each other.

For GM there are also significant intellectual property (IP) questions. For example, will they seek to license their system to third parties globally or pursue a strategy of trying to monopolise the market this tech might create? What are the IP implications of hosting their technology in vehicles produced by rival manufacturers, or will those rivals be seeking to develop their own systems?

The auto-industry strikes back

The automotive industry, like so many others, is potentially vulnerable to technological disruption, especially when it comes to self-driving vehicles. While manufacturing is still essential to the process of creating SDVs, software development also has an increasing role to play. Sensors and a CPU are crucial to the functioning of SDVs, allowing them to control the vehicle, react to stimuli and find the best routes between A and B.

A recent report from the European Patent Office which indicates that manufacturers may be losing market share in the SDV market is therefore not surprising. Many manufacturers don’t yet have the organisational or technical knowledge necessary to compete in this market.

So, of the top 25 patent filers in this field, for example, traditional car manufacturers constitute a minority. While there are some familiar names – BAE Systems, Audi and Volvo – much of the list is made up of global tech and mobile companies.

Faced with this challenge, the strategy of many manufacturers has been to seek collaboration deals where possible – a shortcut to developing the technical teams capable of competing in this market. As such, March saw GM acquire Cruise Automation.

GM’s latest patent however represents another strategy for resisting the tech companies by not only developing bespoke tech, but capturing the retrofitting market.

There are many questions for GM to consider here. With the technology patented, licensing might be an option. An advantage of this approach is that it would allow for the global roll out of the technology, with associated financial benefits in the form of royalty income, with little need for GM to invest in its own distribution or installation infrastructure.

However, licensing can be complicated, especially if done on the scale required to reach such a global and multi-layered market. Having a clear strategy, prioritising key markets and identifying strategic partners with whom to work, is essential, as it will be to establish as early as possible the desired terms on which the technology will be licensed.

Another key lesson from the software world for GM, whichever route it goes down, will be the question of how to integrate its technology with third party vehicles. Just as proprietary software platforms such as Java and Adobe are used in multiple phones and devices, could GM’s patented technologies become a de facto operating system for the retrofitted SDV market? If so, again, careful consideration will need to be given to how IP can be protected in what would be a highly complicated and collaborative process. Moreover, delivery of an SDV platform to third party manufacturers will have implications for data security, manufacturers’ warranties and right to repair/update.

GM’s patent represents a bold move in an emerging market with everything to play for. This will inevitably lead to further innovation as competitor companies develop rival systems. It will also lead to further impetus in the delivery of the infrastructure necessary to handle the age of SDVs – the smart roads, cities and traffic management.

Filing a patent is only half the IP challenge for GM and others in this market. Getting the subsequent commercial exploitation strategy right will be the difference between success and failure. Whether GM adopts the licensing or distribution model, collaboration will be key. Ensuring early on that it is clear about what it hopes to achieve with this technology, will ensure that GM’s IP strategy is aligned with its wider business strategy.

Ed Round, Partner, Marks & Clerk, advises clients operating in a variety of business sectors, but with a focus on advanced electronic technologies. He has extensive experience of the complex legal issues surrounding patent protection of computer implemented inventions. The primary focus of his work is on obtaining patent protection for clients, allied with advising on other aspects of IP management such as infringement risk, patent validity and the impact of standards essential patents.

By Ed Round - Marks & Clerk