The Intelligent Transport Conference 2019 included a speech by Robin Chase, Co-founder and former CEO of Zipcar, exploring Mobility-as-a-Service and the challenges and opportunities of urban mobility. Intelligent Transport’s Luke Antoniou spoke with Robin to gain her insight into future possibilities for the industry and discuss her passion for active transport modes. 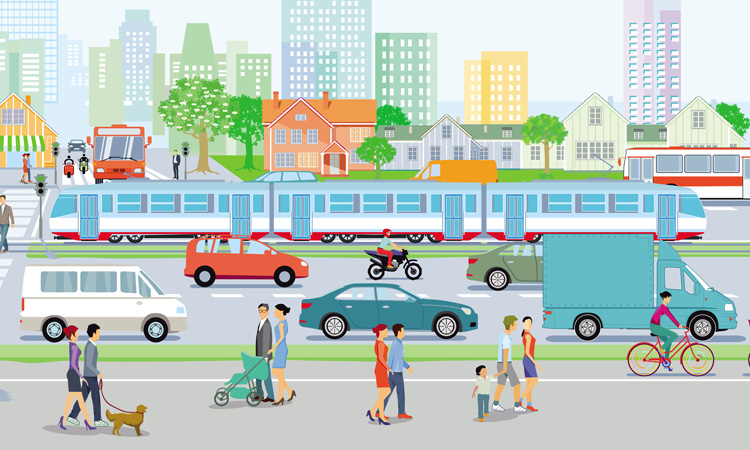 People use the term MaaS to mean a variety of things – what do you think the truest definition is?

When companies such as Uber and Lyft first started, they began to call their service ‘ride-sharing’ when, in fact, it is a taxi service. Personally, that is a source of great frustration; how could it be termed ride-sharing when you’re not sharing any trips? That said, UberPool and LyftLine are ride-sharing. Language has a tendency to forge its own path in this industry, sometimes regardless of logic.

When it comes to MaaS, the key idea that most people are trying to communicate is the idea of mobility delivered as a service, as opposed to mobility through personally-owned vehicles. MaaS, as a service, would be paid for as either pay-as-you-go or based on a monthly subscription.

But sometimes, the term MaaS is used to imply the need for a ‘new’ single payment system. I’m amused by this; right now, with existing payment systems, I can go to a corner store and buy a coffee, go to a hotel and pay for a room, go online and pay for tennis shoes. But for some reason, with transit, we can pay only one way, through a unique, special, siloed system.

When it comes to MaaS, the key idea that most people are trying to communicate is the idea of mobility delivered as a service, as opposed to mobility through personally owned vehicles”

When we talk about interoperability and payment systems, the first point to make is there are many electronic payment standards. There are standards already in place, and we should not be attempting to reinvent the wheel. Sometimes I am told that transit can’t use these methods because credit card transaction costs are too high for small individual fares, but this can’t be a restraint since people are routinely using e-payments for small amounts for other purchases. So when people talk about MaaS as interoperability of payment, as something new and unique, this is not the case, but the transport sector should definitely be doing it.

MaaS is sometimes used to refer to the issue of discoverability, which is hugely important, but it does not mean that a city should build its own discovery app! What is going to entice someone to download the particular city’s app when customers already have existing apps on their phone, like Google Maps, Transit, Citymapper, Lyft or Via? I remember Los Angeles spent a lot of time and money developing an app, only for it to receive relatively few downloads. The art of marketing such an app, in an already crowded market, is very much underappreciated. LA would advise you: “don’t do it.”

The transport sector really lends itself to monopoly, but you need to have interoperability and competition. Getting the two to work together will come down to data standards. There can’t be just one multimodal app because there isn’t an open marketplace for that at present.

We’re seeing today the reality of individual company’s presenting multimodal options in their company apps. Uber and Lyft are trying to make vertical corporate silos where they offer e-scooter, e-bike, regular bike, their taxi services, and public transit, creating a more multimodal app. People that consider the term MaaS as synonymous with a single app that offers multiple modes and one payment should realise that their goals are being achieved by these companies.

The transport sector really lends itself to monopoly, but you need to have interoperability and competition”

If MaaS means a single app, it is either delivered within one company’s services (as noted above) or based on negotiated agreements with different service providers. If negotiated, start-up transport companies, or small local providers, will never have a chance to be included within one of these apps. The app won’t know about them or bother with them. So, when we think about MaaS as a downloadable app, a multimodal app, we are actually stopping the evolution of new transport services by excluding small and innovative services. We are saying that everything you need is here in this one-stop app, which will never have any incentive to evolve. Therefore, to make a truly multimodal discovery app, it needs to be based on standard data formats that any company or operator could publish their service on. 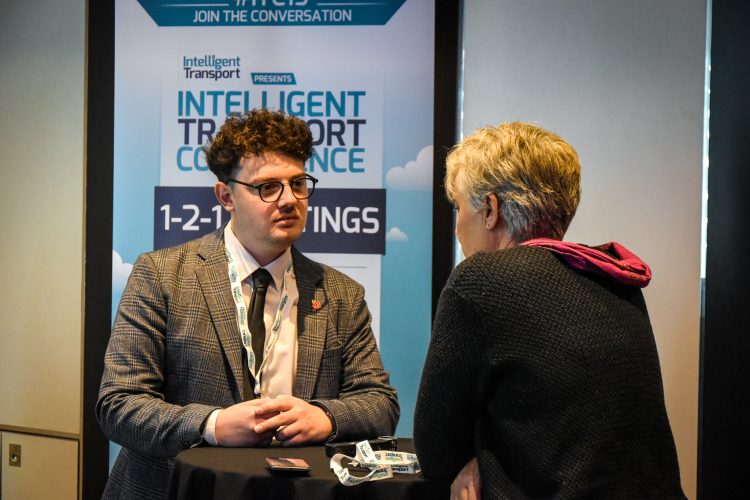 Robin Chase and Luke Antoniou at the Intelligent Transport Conference 2019.

Thinking of the transport sector more broadly, what kind of changes to traditional business models do you anticipate?

I’ve been thinking about vehicle manufacturers and their strengths and weaknesses. If we think of a future that has shared vehicles – in which I would include a wide spectrum of shared vehicles, from the subway up to a chauffeur-driven car with leather seats and a whiskey closet – I feel there is room for ‘vehicles as a service’.

I’m talking here about the traveller (or service provider) who wishes to travel by car but doesn’t want the hassle of owning and maintaining a vehicle. Imagine the service provider paying a monthly fee to Peugeot, BMW, Ford, whichever manufacturer, to provide them with a vehicle: to maintain it, keep it repaired and clean. What I like about this concept of a vehicle-as-a-service is that it would put the onus on manufacturers to think of a circular economy. It would completely transform our current concept of cars as being disposable. For the manufacturer, it would be in their interest to make a vehicle that can last as long as possible and be as easy as possible to maintain and repair, as their profits would no longer be driven by new car sales. Car companies are starting to place more focus on mobility. The question is how to encourage them to transition to VaaS, vehicles as a service.

Our industry needs new blood, and crucially, that new blood needs to be attending events such as these and meeting the current attendees. Some of the start-ups that we see today don’t feel the value in coming to events now because they see them as representative of the ‘old’ way; they don’t see how it is relevant to the new and innovative work they are doing.

They need to remember that the ‘traditional’ industries do exist, and that they will strive to transition to the new. The question is how we make that evolution smoother and faster. That is where this interaction of new ideas, approaches and technology with our existing industry could help.

I try to encourage more young people into the industry. Transport is an exciting central core to so many of today’s issues. It goes beyond providing fast, reliable and economical travel. Climate change, poverty, education, equality – these are just some of the wider issues so closely connected to transport. It genuinely is at the heart of just about everything.

There are so many journeys where travellers feel a lack of true choice in how they get from A to B. If you were to single out one transport mode that you would encourage people to try, what would it be and why?

Everyone needs to try an electric bike – they truly have the ability to transform your travel. However, people need to feel safe riding them. If we could make safe spaces for electric bikes, I am sure people would get out of their cars in a flash.

E-bikes are cheap to use in comparison to the personal car, they are nimble and would not be forever stuck in traffic, and they have an ability to make people feel happy while riding them. There is something incredibly freeing about riding a bike, something that takes you back to your childhood memories of learning to ride by yourself for the first time.

E-bike use is really taking off throughout Europe. More than 40 per cent of sales in Europe are electric, and in some countries, it is more than 50 per cent. I truly believe people would use electric bikes for a vastly greater number of their trips if measures were put in place to make it a safe and secure option.

I have a friend who used to commute to work by regular bike for two to three months in the summer. Once he got an e-bike, he chose to commute using it year round.

E-bikes are cheap to use in comparison to the personal car, they are nimble and would not be forever stuck in traffic, and they have an ability to make people feel happy while riding them”

Naturally, there is a limit to the distance we can expect anyone to travel by active transport, such as the electric bike. However, over half of our trips are under three miles and just switching to this mode from the car even to travel to a train station, tram or subway station or stop and then continue on with your journey, could be revolutionary – for both the individuals and the transport sector as a whole.

Despite their rising popularity, electric bikes are still an expensive investment for most people. What do you think should be done to overcome this hurdle?

I believe we are on the precipice of a large explosion of adoption. As the prices of electric bikes fall, a 12-month instalment payment plan now puts that payment on par with people’s monthly costs for their commute. A $1500 e-bike could be purchased in one year of $125 payments. If the bicycle manufacturers or employers would help with this financing, it becomes a no-brainer for commuters within biking distances of their place of work. After one year, your transportation costs would be lower – and your mobility freedom would be vastly better.

But for this happen, we need safe bicycle infrastructure (and more of it), e-bike trials and easy financing options.

Robin Chase is co-founder and former CEO of Zipcar, the world’s leading carsharing network; as well as co-founder of Veniam, a network company that moves terabytes of data between vehicles and the cloud. She has recently co-founded her first nonprofit, NUMO, a global alliance to channel the opportunities presented by new urban mobility technologies to build cities that are sustainable and just. Her recent book is Peers Inc: How People and Platforms are Inventing the Collaborative Economy and Reinventing Capitalism. She sits on the Boards of the World Resources Institute and Tucows, and serves on the Dutch multinational DSM’s Sustainability Advisory Board. 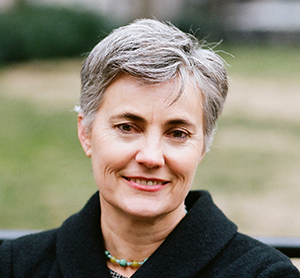 Public transport is needed now more than ever, says UITP