As part of the service expansion, 500 e-bikes are now available for hire across the scheme’s 800 docking stations, helping to break down the barriers that often stop some people from cycling. 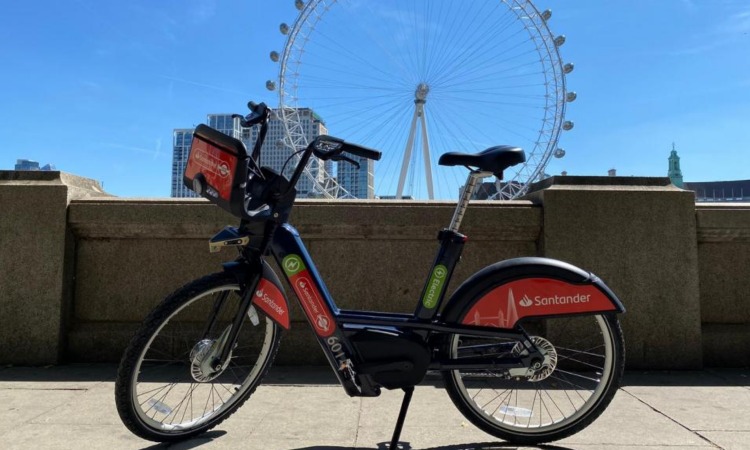 Transport for London (TfL) has announced that e-bikes are now available to hire as part of an expansion of its Santander Cycles scheme’s offering to its customers. The new e-bikes have been distributed across key central London locations and can be docked at any of the scheme’s 800 docking stations.

The scheme has seen record levels of hires in 2022, with 9.5 million hires so far. This is 1.2 million higher than the same time period in 2021, with every month from August 2021 to August 2022 recording the highest number of hires for the corresponding month.

In addition to enabling even more Londoners to enjoy the benefits that cycling can bring, the new e-bikes will help to break down the barriers that stop some people from cycling, including fitness, age and journey length.

TfL has also made changes to the Santander Cycles fare tariff to support the introduction of e-bikes and to secure continued investment in cycle hire for the first time since 2013. Feedback from customers indicated that the previous tariff structure, which charged an annual membership fee or a daily access fee of £2, plus additional charges for rides longer than 30 minutes, could be made less complex and more flexible.

Initially e-bikes will only be available to registered users. The £1.65 flat rate for customers who are not Santander Cycles members matches the price of a bus fare, meaning that Santander Cycles continues to offer an affordable way to get around London. Furthermore, the e-bikes are serviced on street by cargo bikes to ensure that the scheme is as sustainable as possible.

Mayor of London, Sadiq Khan, said: “I am delighted to see our first ever Santander Cycles e-bikes in action on London’s streets today, and to join Londoners riding these e-bikes around our city on their first day. Their launch is another momentous moment for cycling in London after a record breaking year for TfL’s Santander Cycles which saw over 12.5 million hires.”

David Eddington, TfL’s Head of Cycle Hire, said: “Santander Cycles is a vital part of London’s transport system and the scheme has gone from strength to strength, with cycle hire in the capital now more popular than ever. These new e-bikes will help to break down some of the barriers to cycling and make it even easier to travel sustainably.”