A total of 14.5km of new cycling paths have been completed in the towns of Ang Mo Kio, Bishan and Toa Payoh, as part of LTA’s efforts to improve active travel connectivity across Singapore. 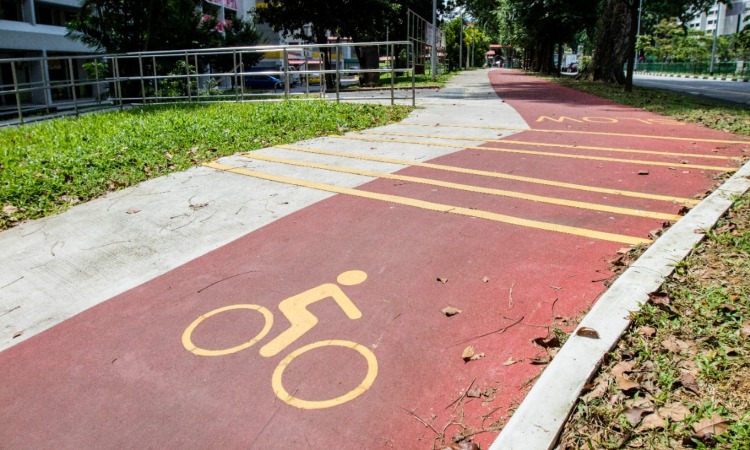 The Land Transport Authority (LTA) has announced that it has been enhancing connectivity under the Islandwide Cycling Network (ICN) programme to maintain a safe and sustainable active travel landscape across Singapore.

Under the ICN, the Government of Singapore will be expanding the cycling paths island-wide to around 1,300km by 2030, so that active mobility users across the country will be able to travel safely and seamlessly to their destinations.

With cycling path implementation works progressing well across Singapore, in the towns of Ang Mo Kio, Bishan and Toa Payoh, residents can now travel conveniently between and within their towns with the completion of 14.5km of new cycling paths.

In Bishan, nearly 4km of the planned 7.7km of cycling paths has been completed. Together with the existing cycling paths, residents can now cycle from Ang Mo Kio to Bishan town including Bishan MRT station through the park. The network also complements the existing Kallang Park Connector, providing Bishan residents with active travel connectivity to Kallang Riverside Park. The remaining 3.7 km of cycling paths is expected to be completed in 2023.  Once finished, Bishan residents will be able to cycle seamlessly to key amenities within the town.

Finally, approximately 3.5 km of cycling paths have been completed in Toa Payoh, with the remaining 5.5km slated for completion in 2023. Once fully completed, the Toa Payoh cycling path network will provide active travel connectivity to Braddell and Toa Payoh MRT stations, key amenities such as HDB Hub, markets, parks, as well as schools in the town.

The ICN programme is a key pillar in LTA‘s efforts to foster a safe active travel landscape. The authority’s infrastructural enhancement efforts go hand in hand with regulatory measures to address path and device safety concerns. For example, regulations on device specifications, speed limits and where devices can be used are firmly in place. These measures are supported by regular public education, enforcement and community engagement efforts.