The new two-way protected cycle track will encourage more people in Lewisham to cycle around the borough and across the capital by making it safer for locals to access London’s extensive network of cycling routes. 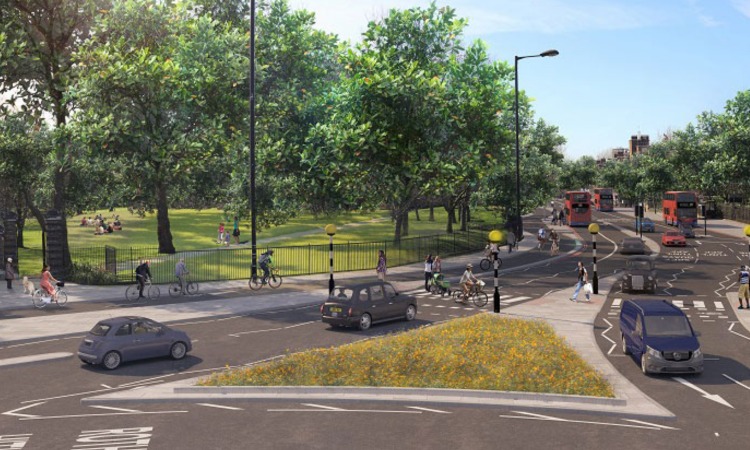 Transport for London (TfL) has announced that it has opened a new section of cycleway on Evelyn Street in Deptford, along with Lewisham Council. The section is the latest to be completed on Cycleway 4, a major new cycle route that is already enabling thousands of safer and easier cycle journeys across the area each week.

Creating enough space for people to walk and cycle safely is vital to a sustainable and healthy transport network, especially as around 60 per cent of households in inner London do not have access to a car, with a high proportion of these from low-income households.

The latest work on the cycleway has created:

The completed work means that people in local communities and beyond will be able to cycle between central London and Greenwich on a safer and mostly protected cycle route. The remaining section of Cycleway 4 between Greenwich and central London, on Lower Road, is planned to start construction later in 2022, following TfL’s recent funding settlement with the UK government.

The route has previously been extended in both the east and the west, using experimental changes and plastic wands. TfL recently announced that the experimental changes extending the route along Tooley Street towards London Bridge will be kept permanently, with the numbers of people cycling on the route increasing by more than 25 per cent. Vehicle numbers have fallen by a third, making the area more pleasant for people visiting. In addition, bus journey times westbound are quicker and more reliable, with no significant impact on journey times eastbound.

Will Norman, London’s Walking and Cycling Commissioner, said: ”I’m delighted that this latest section of Cycleway 4 is now completed, enabling an important and safer cycling route for local communities between Greenwich and Central London. The Mayor and I are determined to continue building a cleaner, greener London for everyone and now that we have secured funding, we’ll start the work on the remaining Lower Road section as soon as we can.”

Councillor Louise Krupski, Lewisham Council’s Cabinet Member for Environment and Climate Action, said: ”This new section of Cycleway 4 will make it safer and easier for our residents to access London’s extensive network of cycling routes, encouraging more people in Lewisham to cycle around the borough and across the capital. I look forward to continuing working with Transport for London to improve cycling infrastructure in Lewisham and increase the number of cycle journeys, as part of our work to create a more sustainable transport network and improve air quality.”