In order to maintain the demand for cycling across London, TfL will be keeping measures introduced during the pandemic on Tooley Street, between Chelsea Bridge and Wandsworth Town Centre, and between Oval and Elephant & Castle. 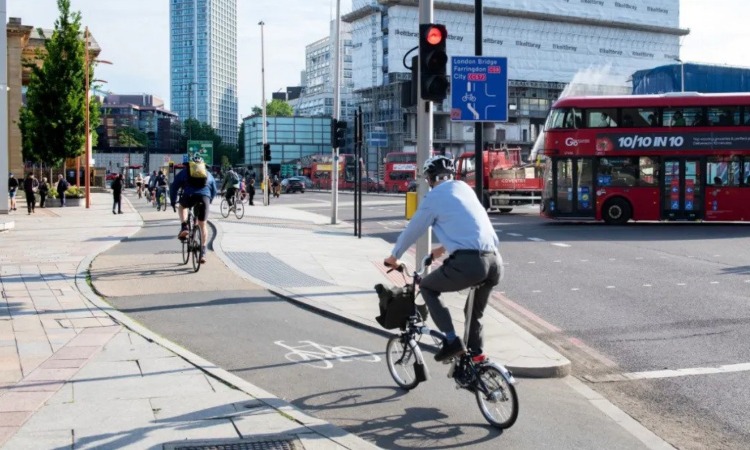 Transport for London (TfL) has announced that it will be making three cycling schemes introduced during the pandemic permanent, following public consultations.

During the pandemic, TfL worked with councils to make it easier for people to walk and cycle safely across the capital. Many of these schemes have since been kept in place on an experimental basis, to allow for data to be gathered and to allow people to have their say on how the schemes have performed.

The schemes saw the creation of new sections of cycle lanes and bus lanes in central and inner London. The new lanes were introduced to separate people cycling from motor traffic. The schemes that are being retained are:

Will Norman, London’s Walking and Cycling Commissioner, said: ”We’ve seen a huge rise in walking and cycling over the past two years as more and more Londoners enjoy using sustainable ways to get around the capital. To maintain this success, we are continuing to make our roads safer as we build a better London for everyone. I’m delighted that these cycle schemes have been made permanent, enabling even more Londoners to choose greener, cleaner and healthier modes of transport.”

David Rowe, TfL’s Director of Investment Delivery Planning, said: “It’s vital that we ensure people who walk and cycle in the capital are safe and have easy, convenient routes to use. Introducing the changes on these roads as an experiment has allowed us to make an informed, data-led decision on the future of these schemes. This data shows that cycling has increased without delaying motor traffic and investment in high-quality walking and cycling infrastructure will continue to be vital to a green, healthy and sustainable future for all Londoners.”

TfL will continue to monitor the schemes, including the use of materials such as plastic wands, to ensure that the routes and the infrastructure used remain appropriate for the local area.