With over 13,000 cycles hired during the first seven days of the 2022 Commonwealth Games, riders across Birmingham have clocked up an average distance of over 2km per journey. 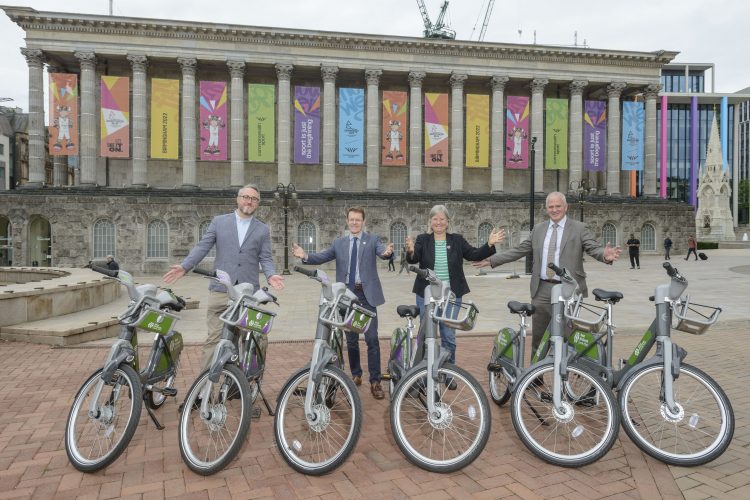 West Midlands Combine Authority (WMCA) has announced that West Midlands Cycle Hire’s (WMCH) free offer to encourage cycle hire during the Birmingham 2022 Commonwealth Games has seen over double the amount of bike and e-bikes being used during the first week of the scheme compared to an average week.

Designed to help manage traffic congestion during the games and offer more people a chance to get to sporting venues through active travel, the offer has seen over 13,000 cycles hired during the first seven days, which is over 6,500 more than was hired the prior week. Riders have also clocked up an average distance of 2.76km per journey.

Under the new cycle hire offer, available across the West Midlands until 8 August 2022, anyone over 16 who signs up for WMCH via the Beryl app will be able to ride a bike or e-bike for 30 minutes, twice a day free of charge – whether or not they are attending a Birmingham 2022 venue. WMCH has 1,500 bikes for hire across the region, including 150 e-bikes and more than 200 docking stations.

Other measures to keep the region moving and ensure both visitors and athletes get to venues on time include free spectator shuttle buses and extra public transport services. The wide-ranging plans have been developed by Transport for West Midlands (TfWM), which is part of the West Midlands Combined Authority (WMCA), in partnership the games, local councils, West Midlands Police and transport operators.

Andy Street, the Mayor of the West Midlands, said: “Our cycle hire scheme has been a phenomenal success so far and it brings me great pride to see so many people opting for active travel to visit sporting events and enjoy everything that the West Midlands has to offer this summer. With a total of over 13,000 cycling trips being made so far since the free offer started, it is clear to see that this initiative – along with free public transport for ticket holders – has been incredibly warmly received by the public.”

Adam Tranter, West Midlands cycling and walking commissioner, said: “The West Midlands Cycle Hire scheme has become a key part of our sustainable transport network and allows us to help tackle the climate emergency while also giving people a unique way to travel around the city.”