The West Midlands Cycle Hire scheme has attracted well over 2,000 new e-bike users, with more than 8,000 individuals having used the e-bikes over the past six months. 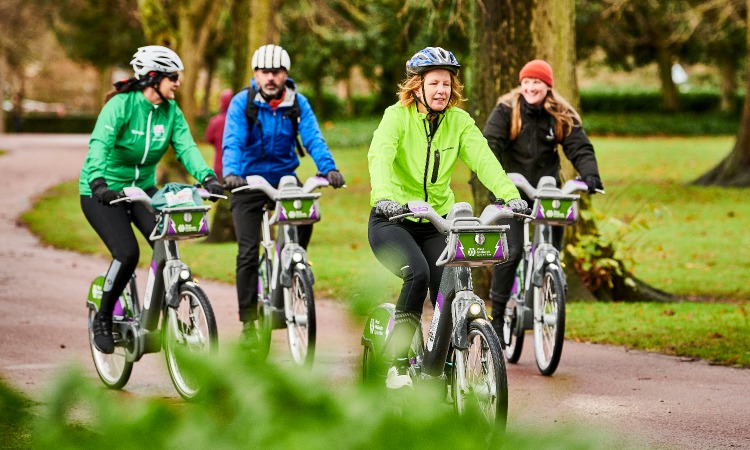 The West Midlands Combined Authority (WMCA) has announced that the West Midlands Cycle Hire (WMCH) users have completed more than 30,000 e-bike rides since the micro-mobility vehicles were launched on the streets in December 2021.

Figures issued by WMCH for Bike Week (6-12 June 2022) show that more than 8,000 individuals have used the e-bikes and travelled an average of almost 3km per trip.

The e-bikes, of which there are 150 available for hire, have also attracted new users to the scheme with more than 2,700 people using an e-bike for their first WMCH ride.

Mayor of the West Midlands Andy Street, who chairs WMCA, said: “Citizens across the West Midlands have made more than 30,000 e-bike journeys over the winter and spring. Now as we move into the summer season, e-bikes are sure to prove even more popular than they have so far. We’re keen to enable cycling uptake in our region given all of the health and environmental benefits – e-bikes are a great way for people to get started and experience the benefits of active travel.”

Adam Tranter, West Midlands Cycling & Walking Commissioner, said: “West Midlands Cycle Hire has, in a short space of time, become a key part of our sustainable transport network. E-bikes open up cycling to many more people, and it’s heartening to see their popularity so far. Alongside new infrastructure, we’re committed to giving people choices in the way they travel.”

Investment in cycling facilities is a key part of the region’s plan to encourage more alternatives to the private car for shorter journeys around busy towns and cities with a view to reducing congestion, improving air quality and helping the region achieve its #WM2041 net zero-carbon target.

Councillor Ian Ward, WMCA portfolio holder for transport and leader of Birmingham City Council, said: “Cycle hire is just one of the many ways TfWM and partner councils are making it easier for people to cycle or walk across the region. We are developing miles of safe cycle routes, including our Starley Network, and making our town centres and communities more cycle and pedestrian friendly – as well as offering people training and encouragement to get on their bikes. This is a vital part of our plans to reduce car use, cut traffic congestion and meet our net-zero carbon climate change targets.”