Singapore’s Land Transport Authority (LTA) speaks with Intelligent Transport about its active travel efforts across the country, as well as the significance of establishing a comprehensive walking and cycling network to encourage more Singaporeans to adopt a car-lite approach to travel. 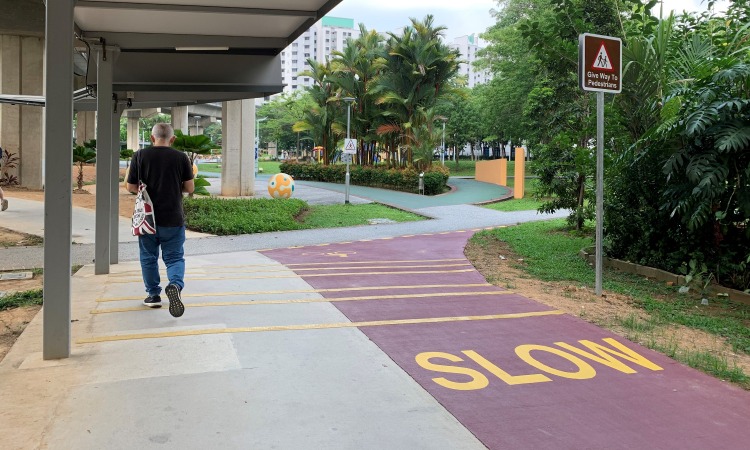 More cycling paths were recently launched in Tampines. How does LTA’s expansion of cycling paths encourage the adoption of active travel amongst Tampines’ residents and cyclists?

The recently launched cycling paths in Tampines have further expanded the cycling network in the region, as well as improved connectivity and safety for residents and cyclists. The expanded path network links residents directly from their homes and schools to key amenities, such as public transport nodes and shopping malls, as well as green community spaces, such as the Tampines Central Park and Tampines Green Forest Park. Now, cycling from their homes to nearby amenities and public transport nodes is much smoother and more convenient.

What is the significance of a more comprehensive walking and cycling network?

By 2040, we aim to have all journeys to the nearest neighbourhood centre using Walk-Cycle-Ride modes of transport to be completed in less than 20 minutes”

By expanding our cycling network, we will not only improve first- and last-mile connectivity, but also make it more convenient for people to reach everyday amenities in their nearest neighbourhood centre and beyond, by walking and cycling.

There are about 500km of cycling paths today. We aim to grow our island-wide cycling path network to 800km in the next two to three years, and eventually reach our target of around 1,300km in 2030. By then, eight in 10 Housing and Development Board (HDB) residents would be within minutes away from a cycling path.

How has LTA considered the requirements of those with mobility constraints to make Singapore’s walking and cycling network more accessible?

With an ageing population, it is important to make our urban infrastructure – including pedestrian footpaths – more inclusive to benefit a wider spectrum of people, including persons with disabilities, the elderly and parents with infants.

New footpaths have been increased from 1.5m to 1.8m in width, allowing more space for the elderly and wheelchair users. LTA also plans and designs to ensure barrier-free access routes”

For instance, new footpaths have been increased from 1.5m to 1.8m in width, allowing more space for the elderly and wheelchair users. LTA also plans and designs to ensure barrier-free access routes. For example, pedestrian waiting areas at traffic crossings are designed with a gentle incline to the road and raised zebra crossings which are flushed with the footpath are implemented along our cycling path network.

To enhance the experience of the elderly and wheelchair users, covered linkways are complemented with rest areas, where possible. Such rest areas could include a bench and wheelchair parking space. To maintain a clear passage for the footpath, those rest areas are set in an alcove. 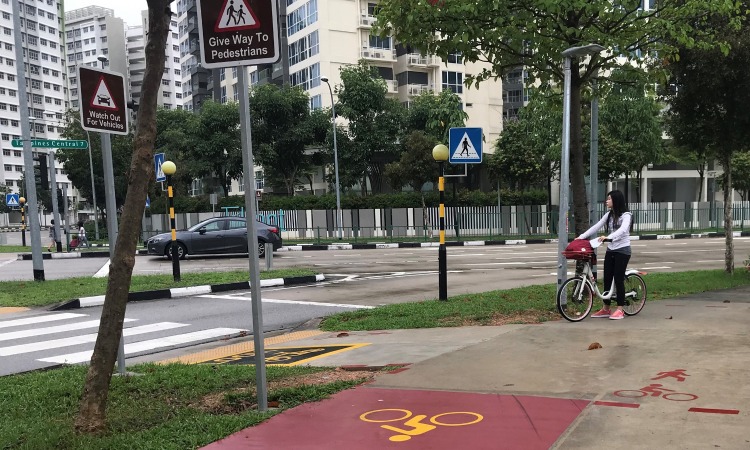 Credit: Land Transport Authority – There is a gentle incline from path to zebra crossing to ensure barrier-free access.

How big a part has the safety of pedestrians and cyclists played in LTA’s plans to expand the cycling paths?

Safety is a key consideration in our plans to expand the cycling path network. The clear demarcation of cycling paths helps cyclists to distinguish it from the footpaths next to it.

There are safety features and treatments to promote safer path sharing among both cyclists and pedestrians. Features such as speed regulating strips, as well as signage and markings, are provided to remind users to slow down and keep to their path. For new cycling paths, they are located closer to the road to minimise conflicts with users at pedestrian accesses and bus stops.

In areas where there is high interaction among pedestrians and active mobility users, such as at bus stops, Pedestrian Priority Zones are marked out to improve safety for both cyclists and bus commuters.

It is equally important that we educate users on our active mobility rules and promote a gracious path-sharing culture, even as we enforce against the errant minority”

Even as we expand the cycling path network, there will be instances where cyclists and pedestrians will need to share the same path in land-scarce Singapore. Thus, besides infrastructure, it is equally important that we educate users on our active mobility rules and promote a gracious path-sharing culture, even as we enforce against the errant minority. For example, since 2018, we have rolled out a safe riding programme to educate users on safe riding practices, as well as the path rules and code of conduct.

What contribution will LTA’s active travel initiatives have towards its efforts to encourage more Singaporeans to adopt a car-lite approach to get to their destinations?

First, we will continue to improve and expand our public transport system. We have expanded the coverage of our rail network over the decades. By the early 2030s, our rail network would have grown to 360km, from 245km today, and eight in 10 households will be within a 10-minute walk of a train station. For buses, we have implemented 211km of bus lanes throughout Singapore.

By the early 2030s, our rail network would have grown to 360km, from 245km today, and eight in 10 households will be within a 10-minute walk of a train station”

To further improve the experience of bus commuters, we are planning to progressively implement Transit Priority Corridors (TPCs). TPCs are where the road is integrated with a bus lane, wider footpaths and cycling paths and will be an enhanced form of bus priority compared to the typical bus lanes today.

Our transport system will also be more inclusive. With features such as barrier-free access, family-friendly amenities and wayfinding for the visually impaired, we can better cater to the diverse needs of commuters. Reliability will be key, as well – we have achieved and maintained our target of one million Mean Kilometres Between Failure (MKBF) since 2019, making us one of the most reliable metro systems in the world.

Second, we will expand active mobility infrastructure to support walking and cycling. With an expanded network, cycling will be a more viable option for first- and last-mile connections to public transport, short trips around the neighbourhood and even for entire journeys.

Third, our policies for managing Singapore’s vehicle population and usage will continue to play a role in our car-lite future. 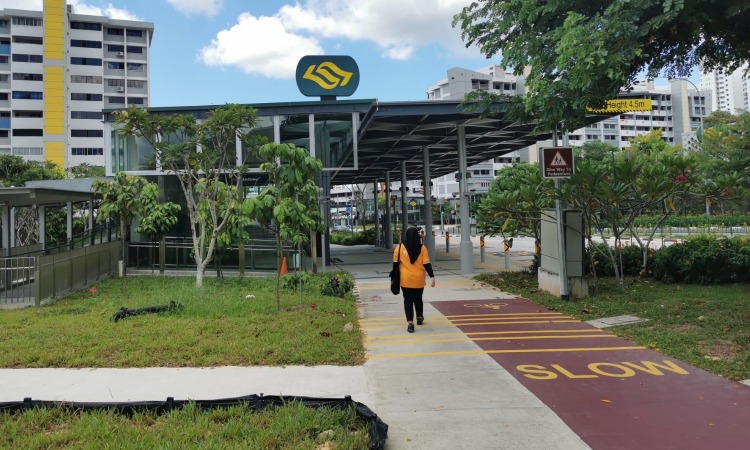 What future projects does LTA have planned to encourage active travel in Singapore?

To support cycling commutes, apart from cycling paths, infrastructure such as end-of-trip facilities are also important. Today, we have about 27,000 bicycle parking lots at public transport nodes. LTA will provide 3,000 more at MRT stations by 2025. We are also encouraging workplaces to provide bicycle parking, showers and locker facilities through the Active Commute Grant, and have awarded the grant to 14 workplaces so far.

Our goal is to create more pleasant, welcoming and safer streets in our city and neighbourhoods, as well as support commuters’ use of greener modes of transport”

LTA has also been working with local communities to re-imagine road infrastructure, to better support public transport, walking and cycling, as well as the creation of more community spaces. In this regard, we will look to design new roads, or repurpose existing ones, to create more Transit Priority Corridors (where the road is integrated with a bus lane, wider footpaths and cycling paths), pedestrianised streets, wider footpaths and cycling paths.

Our goal is to create more pleasant, welcoming and safer streets in our city and neighbourhoods, as well as support commuters’ use of greener modes of transport.

The Land Transport Authority (LTA) is responsible for planning, designing, building and maintaining a land transport infrastructure and system that is reliable, connected, sustainable, safe and meets the diverse transport needs of commuters across Singapore.

Whether it is by rail, road, bus, taxi, private hire car or through active mobility, LTA is working towards a future with greener and more sustainable transport to transform how Singaporeans live, work, study and play. LTA also promotes a safe, gracious and inclusive transport system for a pleasant journey for all. 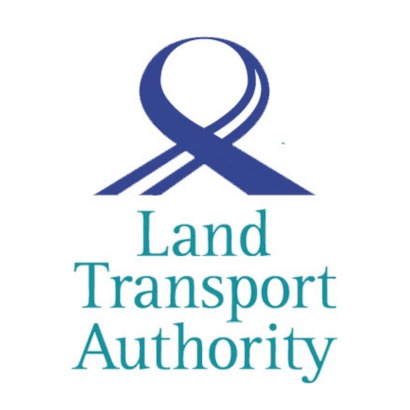