Residents and spectators attending the 2022 Commonwealth Games will now be able to access Voi’s affordable and sustainable mode of transport to travel around Birmingham at any time. 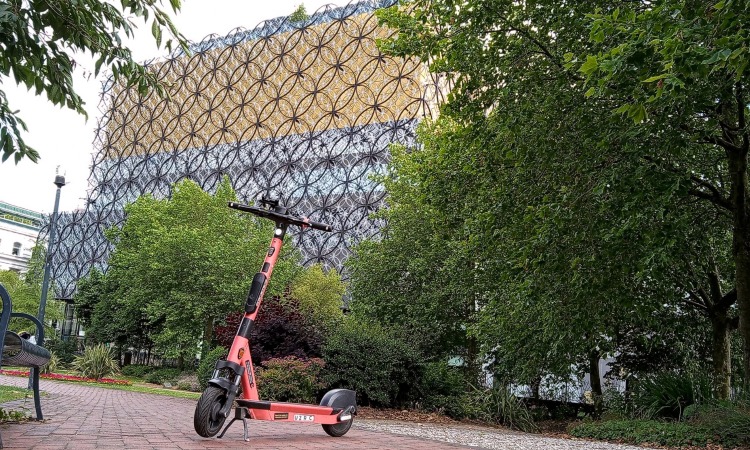 Voi Technology has announced a further expansion of its operating area in Birmingham to help residents and visitors to easily access the main venues of the upcoming 2022 Commonwealth Games, including Alexander Stadium.

As part of the expansion, which now covers nearly 50 square miles of the city, Voi will be supporting one of the most important sporting events in the city’s history. This further expansion includes the northern part of the city centre, following the approval by Birmingham City Council.

Residents and spectators attending the upcoming sports events will be able to access the affordable, sustainable and convenient mode of transport in the city, making it easier to move around Birmingham at any time.

Riders can hop-on and ride to the following (selected) locations:

Voi is also extending its operating hours to now become a 24-hour, seven-day week service. Offering its rental service at all times of the day means the company’s service will be a more convenient and accessible mode of transport, especially for shift workers, NHS staff or even those wanting a safe ride home at night following the games – making it easier to leave the car at home.

Jack Samler, General Manager at Voi UKI, said: “Birmingham is a pioneering city when it comes to micro-mobility adoption and we are delighted to make our service available 24/7 and expand the operating area further to give even more Brummies and the expected 1.5 million visitors easy access to a safe, convenient and greener transport mode. Meantime, we will continue to work closely with Transport for West Midlands and Birmingham City Council to ensure our service replaces more short car journeys, making the city less congested and polluted as it hosts one of the most important sporting events in its history.”

Andy Street, Mayor of the West Midlands, said: “With more than a million rides so far, e-scooters have proven popular on our patch – in many cases encouraging local residents to substitute the car in favour of the scooter for shorter journeys. So, it’s good news that the trial zone is being extended to cover places in the north and east of Birmingham like Erdington, Kingstanding and – perfectly timed for the Commonwealth Games – Perry Barr, which is of course home to Alexander Stadium. Incorporating these new areas – alongside moving to 24 hour hire – will allow many more people to give e-scooters a try.”

▶ Bolt launches ride-hailing in Finland with e-scooters to follow