In line with its commitment to provide sustainable transportation throughout Metro Vancouver, the new funding will allow TransLink to invest in cycling paths, pavements, safer streets and bus speed upgrades. 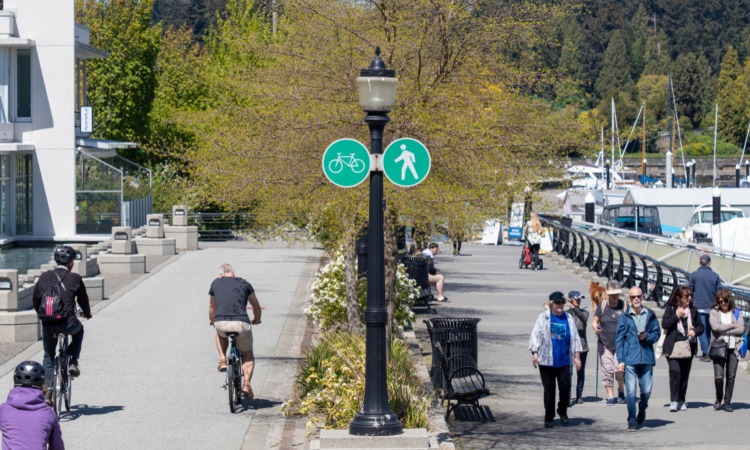 TransLink has announced that Metro Vancouver residents will see more than 100 new or improved greenways, cycling paths, pavements, multi-use paths, intersections, or roads as part of a $130 million investment in local infrastructure. The investment is delivered through the Municipal Funding Program, which supports maintaining, upgrading and building new transportation infrastructure throughout Metro Vancouver.

Through the Municipal Funding Program, TransLink contributes up to 75 per cent of funding for upgrades benefitting the local government throughout Metro Vancouver. For projects improving the efficiency of bus operations or some priority cycling infrastructure, TransLink funds up to 100 per cent of the project costs. This programme is part of the 2022 Investment Plan, with funding from TransLink and the Government of British Columbia.

Kevin Quinn, CEO of TransLink, said: “TransLink is committed to ensuring transportation throughout the region is as convenient and seamless as possible, regardless of how you primarily travel. Investing in cycling paths, pavements, and bus speed upgrades is just one of the ways we help to combat climate change by encouraging green transportation throughout Metro Vancouver.”

Jonathan X. Coté, Mayors’ Council Chair and Mayor of New Westminster, said: “This programme allows municipalities to complete much-needed upgrades and rehabilitation to key transportation infrastructure. Each year, these vital investments keep it possible to explore the region while better connecting our communities.”

George Heyman, Minister of Environment and Climate Change Strategy, said: “Building well-connected, accessible and safe active transportation and transit infrastructure is an important part of our CleanBC plan to lower emissions, improve communities and reduce congestion. These investments will give people in Metro Vancouver more choices to get around their communities using clean and healthy transportation options.”

Bowinn Ma, Minister of State for Infrastructure, said: “Walkable, bikeable and accessible communities that are well-connected by public transit help provide people and families with more choices for how they travel in their day-to-day lives. These investments improve quality of life and deliver a more liveable region for everyone.”