By adding e-bikes to the Beryl scheme, Bournemouth, Christchurch and Poole becomes the second area in England to offer three modes of sustainable transport – e-scooters, push bikes and e-bikes – as part of the same scheme. 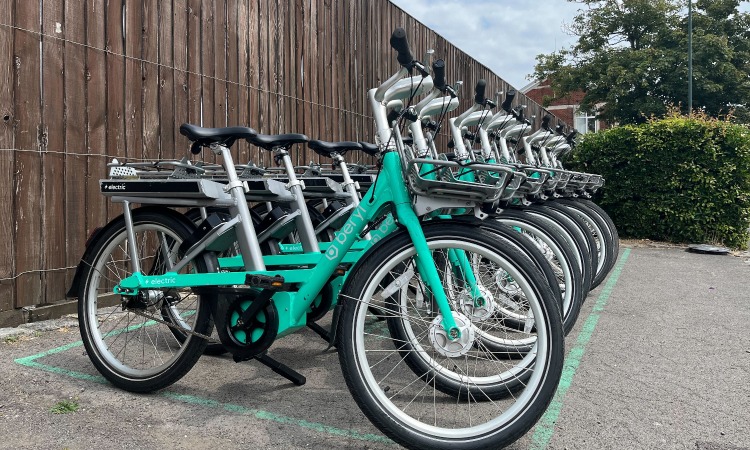 Beryl has announced that, in partnership with Bournemouth, Christchurch and Poole (BCP) Council, it is now providing 20 e-bikes for use across its existing scheme in the region.

The move makes BCP only the second area in the country, after Norwich, to offer three forms of sustainable modes of transport (e-scooters, push bikes and e-bikes) under the same scheme.

Beryl CEO and Co-Founder, Phil Ellis, said: “By boosting people’s options and making our scheme even more accessible, we can hopefully continue to get more people out of the car and onto two wheels. E-bikes can help us break down even more barriers to sustainable travel and that can only be a positive thing as we work with BCP Council to help reduce congestion, improve public health and boost air quality. We have launched a small initial fleet, but we hope through working with the council we can ramp those numbers up, if the e-bikes prove to be popular.”

Councillor Mike Greene, BCP Council’s portfolio holder for transport and sustainability, said: “Beryl bikes and e-scooters are proving to be an incredibly popular and efficient way of getting around locally and I’m delighted that even more people will be able to enjoy travelling sustainably and actively using these brand new e-bikes. They offer a range of benefits including enabling people with disabilities to enjoy cycling, and helping people ride further and with less physical exertion. BCP Council is a trailblazer for micro-mobility in the south and I’m looking forward to seeing the e-bikes in action this summer.”

Beryl’s annual Demographic Survey ran in August 2021 and generated over 1000 responses from users. Findings from the survey showed that, while pedal bikes and e-scooters are more popular than e-bikes for leisure riding, e-bikes are preferable for commuting, shopping or running errands. This showed that e-bikes have a complementary journey profile to pedal bikes and e-scooters.

In areas where users just rode bikes, no respondents said they had completely stopped using the car and 25 per cent said they had used it less often.