For the first instalment of Intelligent Transport’s new and exclusive COVID-19 recovery series, Mark Evers, Chief Customer Officer of Transport for London, discusses the different innovations and services that the authority has established as part of its post-pandemic recovery, as well as why it is important for the industry to adapt its transportation networks in order to meet evolving customer needs and mobility trends. 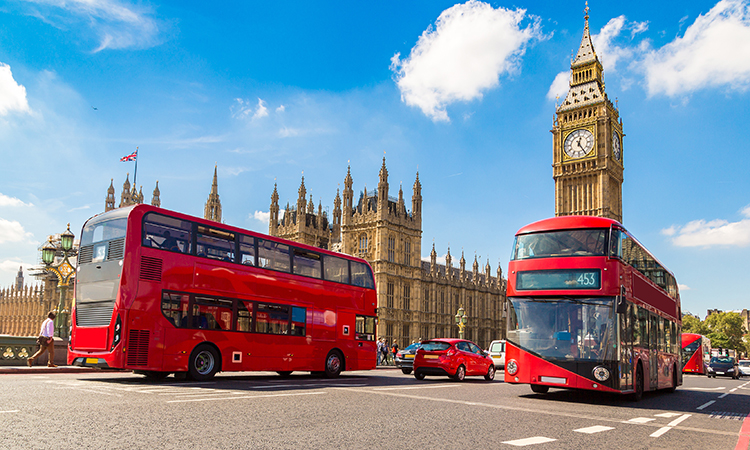 The past two years or so have seen the world seismically change. Most people’s lifestyles have evolved, and with that comes a shift in their mindsets and habits. We are still living in the ‘new normal’ and, across Transport for London (TfL), we have had to adapt to these new customer needs in order to encourage passengers back on to our transport network – and to retain them – in this new era of travel. There’s no doubt that we’re not going completely back to how things were any time soon, but if we didn’t learn to adapt, we wouldn’t be doing our jobs properly.

There’s no doubt that we’re not going completely back to how things were any time soon, but if we didn’t learn to adapt, we wouldn’t be doing our jobs properly”

When people think of TfL, arguably, they immediately think of our world-famous London Underground (Tube), or our iconic big, red, double-decker buses. But we are responsible for a much wider range of services, including the recently launched Elizabeth Line, Docklands Light Railway (DLR), London Overground, London Trams, London River Services, Victoria Coach Station, Santander Cycles and London Cable Car. They all have their unique selling points, which is a big positive when trying to entice customers back onto our transport network.

Returning to the transport network

We also launched an ongoing partnership… to provide free hand sanitiser gels in more than 800 units across the London Underground and our rail network, and these are still available to customers”

The initial barrier which made some people hesitant about getting back on public transport after several successive lockdowns was whether or not it was safe. We helped to reassure customers through ongoing safety measures, including our enhanced cleaning regime using anti-viral cleaning substances, continuous UV cleaning on escalator handrails at some stations and regular cleaning of touch surfaces on buses. Scientists from Imperial College London also conducted monthly independent testing on our network between September 2020 and June 2022.

In addition, we also launched an ongoing partnership with UK disinfectant brand Dettol to provide free hand sanitiser gels in more than 800 units across the London Underground and our rail network, and these are still available to customers. We also made the decision to retain mask-wearing on our services as a condition of carriage after the UK government removed the measure until recently, as many of our customers had said that they felt more confident travelling when this was in place. 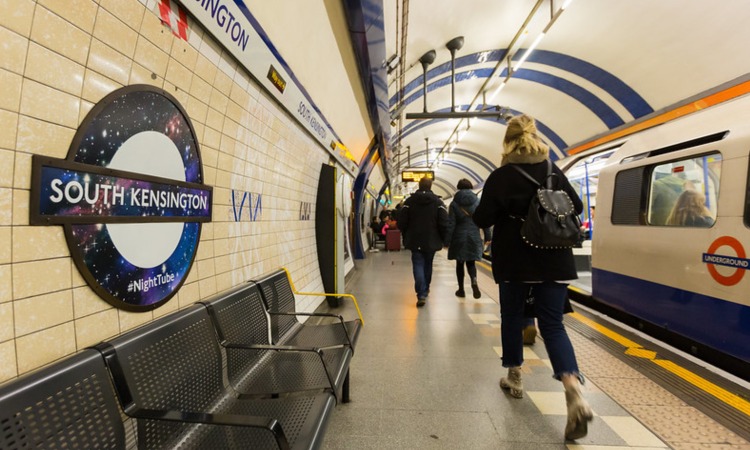 With around five million journeys a day being made on weekdays, bus ridership is now regularly between 80 and 85 per cent of pre-pandemic levels”

Furthermore, our popular Night Tube service is continuing to see increased ridership, with passenger numbers on the Victoria, Northern, Jubilee and Central lines between 50-55 per cent of those seen on those lines prior to the pandemic. The full Night Tube was restored in early August 2022 for the first time since the start of the pandemic, as services resumed on the Piccadilly line – making it easier for people to get to where they want to be. In addition, Night Overground services between Highbury & Islington and New Cross Gate returned in December 2021.

With around five million journeys a day being made on weekdays, bus ridership is now regularly between 80 and 85 per cent of pre-pandemic levels. Some routes in outer London are reaching close to ‘normal’ levels, which are all very encouraging signs that customers are confident in using our services.

As well as the increase in public transport ridership, record numbers of people have been choosing to travel using the Santander Cycles bike hire scheme. In 2021, we saw a record-breaking 10.9 million hires, surpassing the previous record by 371,000 hires. July 2022 was the scheme’s busiest month in its history, with more than 1.3 million hires recorded – and, from September, this growth will be further supported with the launch of the scheme’s first e-bikes.

The idea of the Monday to Friday, nine to five commute to the office as a standard routine is increasingly becoming a thing of the past, which is why we’re now focused on understanding how we can make people want to use our transport network, and not just because they have to. We’re rolling out high-speed 4G and 5G-ready connectivity across the Tube, including within the tunnels, because we understand the importance of having internet access for our customers. We’ve also modernised buses on Route 63 to create a much better customer experience, with the addition of USB chargers and mobile phone holders.

Furthermore, we’ve also teamed up with sponsors to launch initiatives such as the TfL Book Club to remind people of some of the joys of travelling. This allows subscribers to download one e-book each month from our partners Hodder & Stoughton. We have also launched an in-kind partnership with Official London Theatre’s annual Kids Week initiative to release thousands more theatre tickets. Meanwhile, our popular ‘In Bloom’ gardening competition is helping to make stations greener and appealing for everyone. 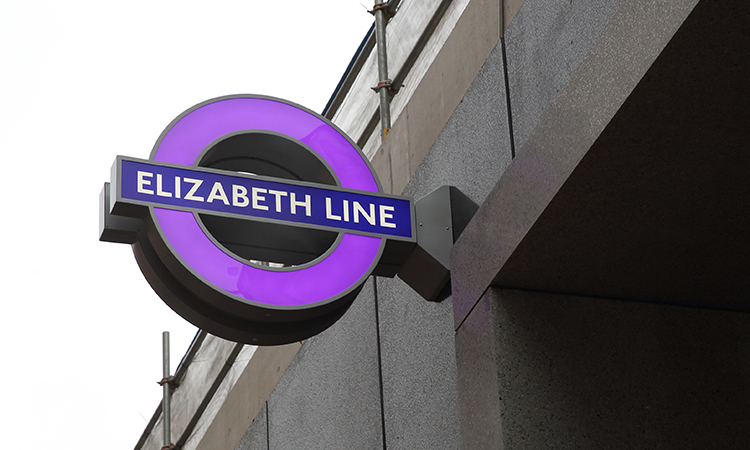 The opening of the Elizabeth line in May 2022 was a historic moment, not just for our city, but for our country, too. The new service has transformed the way that we travel by dramatically improving transport links and slashing journey times. Around 22 million journeys were made on the line within the first two months, with more than 11 million of these on the central section. Incredibly, a YouGov poll found almost a quarter (24 per cent) of Londoners used the line during this period and, of these, more than a third (37 per cent) said that they took a special trip to see what it was like. The line provides better connectivity and reduces journey times not just within central London, but further afield – enabling customers to use the line as part of their regular travel. This clearly shows why investment in major projects like this is so important.

The [Elizabeth] line provides better connectivity and reduces journey times not just within central London, but further afield – enabling customers to use the line as part of their regular travel”

An even more recent addition to TfL’s transport network is the new step-free Barking Riverside station, an extension of the London Overground. The extension opened in July 2022 and is helping to transform journeys to this developing area of east London and support the delivery of more than 10,000 new homes. The opening of the Northern Line Extension in 2021, which brought key parts of south London within 15 minutes of the West End and the city, has also had a similarly transformative effect.

Meanwhile the ongoing work to upgrade the capacity of Bank station by 40 per cent is making journeys through the heart of London’s financial district easier, quicker and more comfortable, which is critical to supporting the growth and success of the capital.

Looking to the future

The pandemic had a devastating financial effect on many businesses, including TfL. Every other major transport system in the world received central government funding; however, fares made up more than 70 per cent of TfL’s operating budget pre-pandemic, meaning that we lost 95 per cent of this income when the pandemic hit. Therefore, we are actively working on other ways of generating revenue, such as commercial developments being re-invested directly back into the network.

It is only with a reliable, safe and properly funded, transport network that we can have a capital city that thrives and boosts the wider UK economy”

However, in order to plan for the future and create a more efficient transport network for our customers, we have recently reached a settlement with government on a longer-term funding agreement to support our capital delivery projects and ensure that London avoids a managed decline of its transport network, because it is only with a reliable, safe and properly funded transport network that we can have a capital city that thrives and boosts the wider UK economy.

I am proud that we kept London moving through the darkest periods of the pandemic, and I am optimistic that we have a brighter future to come. Nothing gives me more pride than to see our services full of people again. TfL’s tagline is ‘Every Journey Matters’, which is the case now more than ever, and we’re doing everything possible to make customers realise this.

Mark Evers is the Chief Customer Officer for Transport for London (TfL). He is responsible for developing TfL’s customer strategy – including aspects such as customer service, information, accessibility and safety. His team is responsible for the aesthetic design of stations and trains, maintaining the station planning standards and protecting the transport network’s rich heritage. Mark’s team undertakes all customer research and monitoring activity for TfL. Art on the Underground, TfL’s world-class contemporary art programme, also sits within Mark’s area of responsibility.

Prior to his current role, Mark was Director of Games Transport at TfL. He was responsible for ensuring TfL stayed on-track to operate a robust transport network during the summer of 2012 for both the Games Family and London’s residents and businesses. This involved co-ordination of activity across major Games stakeholders, oversight of funding for transport activity, and acting as TfL’s chief Games spokesperson. 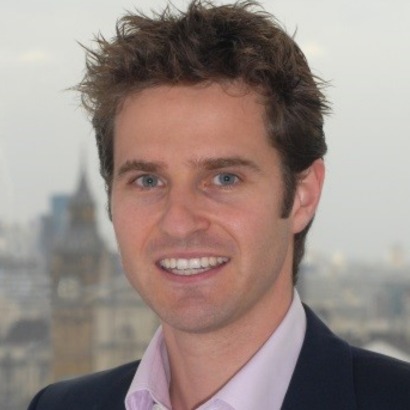