An autonomous bus will take to the streets of Malaga this weekend, in the hope of shuttling cruise passengers to and from the city centre in the future. 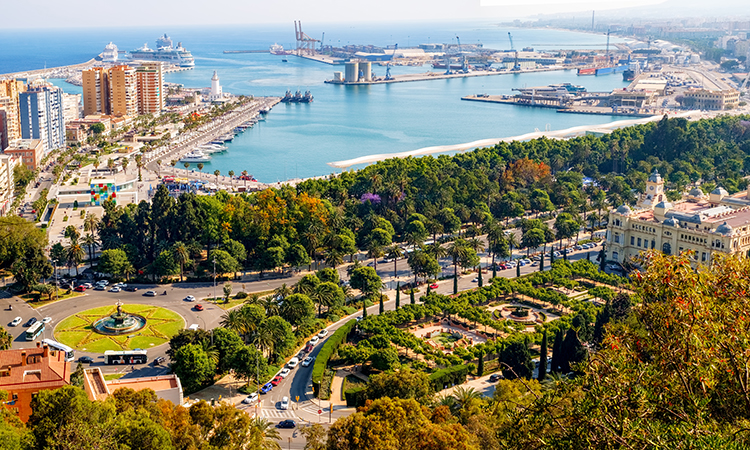 Driverless buses have landed in Europe, as Malaga prepares to trial the autonomous technology this week. The 12-metre-long bus will have capacity for 70 passengers and will run on the city’s Line 90 this Saturday, representing a significant milestone for driverless technology in Europe.

Passengers will be able to buy tickets for new bus online throughout February and March. The autonomous bus will start off by serving a route between the Levante dock and the city centre, though there are plans in the future for autonomous buses to serve cruise passengers docking in Malaga who wish to venture into the Old Town. The project has been undertaken in partnership with Malaga’s Empresa Malagueña de Transportes (EMT), which operates buses in the Andalusian city.

The autonomous bus will still have a driver onboard, but only as a safety measure should something go wrong – and also because having a driver onboard is still a legal requirement in Spain.

“Malaga is the first city in Europe where an autonomous 12-meter bus circulates, with the help of smart traffic lights, with which the City Council has collaborated,” said Francisco De la Torre, Mayor of Malaga.

According to regional newspaper Diario Sur, Mayor De la Torre expressed pride that Malaga had been chosen to trial the new bus, and hailed the city as “an urban laboratory open to technologies that can bring advantages to citizens.”

Valentín Alonso, who is director of the Avanza Group (a bus operator involved in the trial), saw the trial in Malaga as a significant step in testing autonomous technology in the real world.

“Nobody disputes that in the future there will be autonomous vehicles, the question is when and how it will affect our mobility,” he said.

“We are talking about real public transport, until now it had only been done with small vehicles for 12 people, and interacts in a real setting with other vehicles, pedestrians and cyclists.”