Combined with existing grant agreements, the additional funding unlocked by the Mayor will mean that only three bus routes out of TfL’s 620 network will go, with a total of 53 routes to no longer be withdrawn or affected. 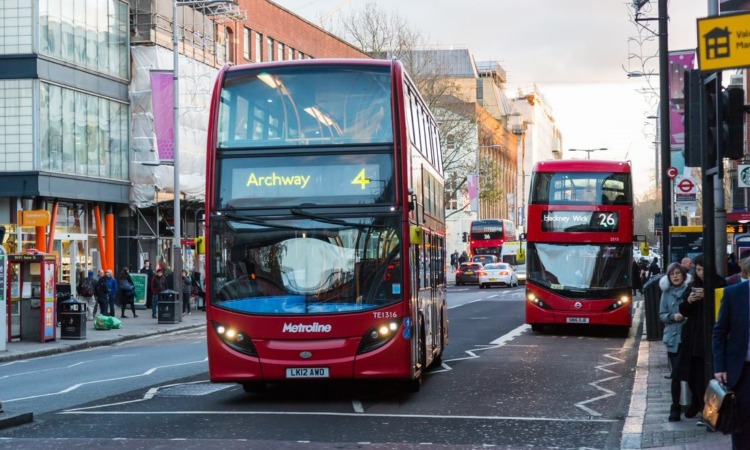 Transport for London (TfL) has announced that additional funding provided by the Mayor has allowed it to reassess its proposals for the bus network and cancel the changes many Londoners were most concerned about.

The pandemic’s effect on TfL’s finances meant that it had to rely on a series of short-term UK government funding deals, which had a series of conditions and requirements. The government required TfL to make savings equivalent to four per cent of the bus network, and the package of changes were proposed to help achieve this.

To support TfL in responding to the issues raised in the response to the consultation, the Mayor has been able to identify additional funding for TfL averaging around £25 million per year. This is in addition to a £500 million City Hall financing facility, which is still required for TfL to maintain a balanced budget.

TfL will still go ahead with 22 per cent of the service changes consulted on, which are all in areas with numerous alternative public transport options and in areas where following the changes there will be enough capacity on buses to meet demand. Passengers will still be able to make the same journeys, with additional interchanges in some instances, in which case they will benefit from the Mayor’s Hopper Fare. By going ahead with the remaining proposals, TfL is able to improve the reliability of buses in central London, while allowing for investment in bus provision in outer London.

The Mayor of London Sadiq Khan said: “I was furious on behalf of Londoners that TfL was having to consider reducing the bus network due to conditions attached by the government to the funding deal. The strength of feeling across the capital was clear to me, and I was adamant that I would explore every avenue available to me to save as many buses as possible. This will mean tough decisions elsewhere, but I am very pleased that the vast majority of bus routes proposed to be cut due to the government’s funding conditions can now be saved.”

Geoff Hobbs, TfL’s Director of Public Transport Service Planning, said: “This new funding, alongside our detailed analysis of the extensive consultation feedback and emerging travel patterns, has allowed us to significantly reduce the scope of the changes. The proposals that we will be taking forward are those that have a minimal impact on Londoners, as they are areas with much higher provision of buses than there is demand. Buses have a vital role to play in a sustainable and growing London. We have been able to protect investment in our zero-emission bus fleet, ensuring we are supporting the capital’s economic recovery and encouraging people to make environmentally friendly travel choices.”

Decarbonising the bus network is essential in the face of the triple threat of toxic pollution, congestion and the climate crisis. Therefore, catering to the shifting landscape in outer London will also help TfL achieve the target of 80 per cent of journeys being made by sustainable transport modes by 2041.