According to Voi’s latest data, its city-wide expansion has made it more convenient for people to travel across Birmingham using its vehicles, with around four in 10 riders now hopping on a Voi e-scooter instead of a car. 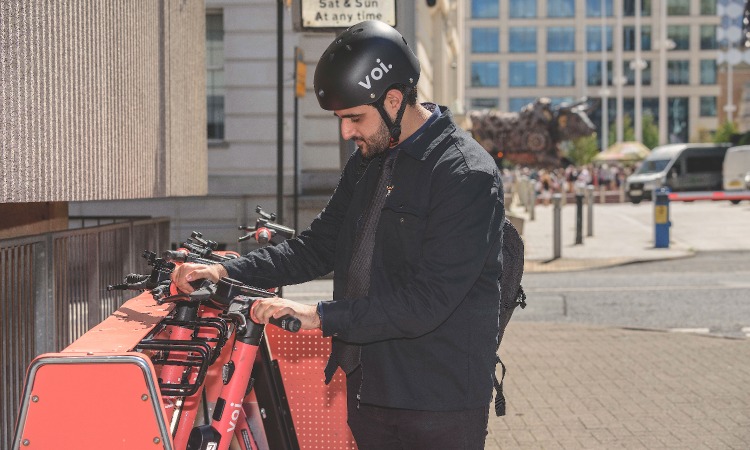 Voi Technology has announced that it has released figures showing that over 75,000 e-scooter rides have taken place in Birmingham during peak weekday commuter hours in September 2022, following its city-wide expansion in summer 2022.

In addition, Voi’s rider heat maps for September 2022 show that this increase in ridership is not just focused on the city centre, as heavily residential communities across Birmingham are now embracing micro-mobility too, following the city-wide expansion. People living in places such as Castle Bromwich, Kings Heath, Harborne and Perry Barr are now choosing e-scooters as their mode of transport to travel back and forth safely and affordably to work daily.

The data also shows that around four in 10 riders are now hopping on a Voi e-scooter rather than using a car, replacing more than 680,000 unnecessary journeys. Moreover, as people increasingly choose greener alternatives, especially for their daily commute, they are contributing to Birmingham City Council’s Plan to become a carbon-neutral city by the end of the decade.

Sam Pooke, Senior Policy Manager at Voi UK&I, said: “The expansion in the summer, ahead of the (2022) Commonwealth Games, has unleashed pent-up demand for an alternative to using the car. With so many people travelling back and forth to work using a Voi across the city, not only does this reflect the reliability of our service but it also shows their trust in us in getting them to their destination safely and on time.”

As part of Voi’s commitment to creating an inclusive service for all, Voi users can continue to take advantage of its ‘Voi 4’ discounts, available for students, NHS staff, emergency service workers, Armed Forces, veterans and also for those on a low income.