With riders making over 66,000 journeys on its e-scooters during the 2022 Commonwealth Games, Voi’s sustainable mode of transport helped take more than 26,000 unnecessary car journeys from Birmingham’s roads. 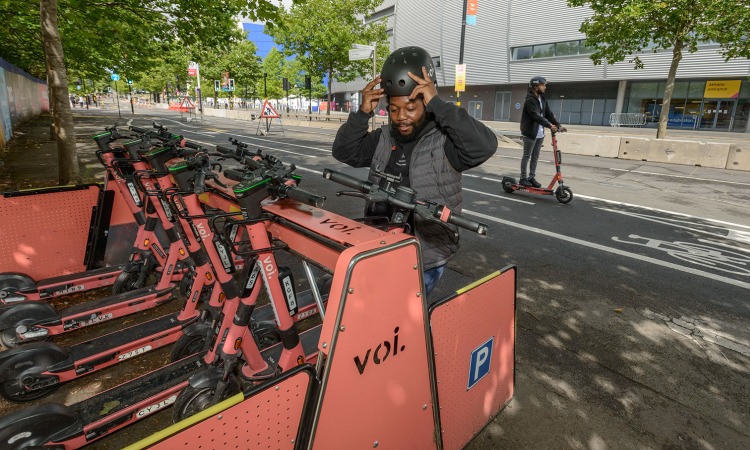 Voi Technology has announced record ridership figures during the 2022 Commonwealth Games in Birmingham, with riders making more than 66,000 journeys on its e-scooters between 28 July and 8 August 2022.

With spectators from across the world gathering in the city, Voi has reported that an extra 10,000 journeys (18 per cent) were made compared to the same length of period before the games (16 to 27 July 2022), as thousands of people used e-scooters to travel to the venues, connect with public transport, as well as explore the city.

The adoption of this sustainable mode of transport helped take more than 26,000 unnecessary car journeys from the road and saved around 15 tonnes of carbon emissions from entering the atmosphere.

Voi’s partnership with Transport for West Midlands and Birmingham City Council enabled convenient parking hubs to be located at all the major venues of the games across the city, including Alexander Stadium, the University of Birmingham and Smithfields, to maximise the accessibility of the service. According to Voi’s own data, thousands of people parked or scooted to or from these hubs.

The micro-mobility operator’s success has also been aided by recent significant expansions, which more than doubled the company’s operating area in Birmingham, as well as becoming a 24-hour, seven days per week service before the games. These changes to the service allowed residents and spectators to hop on and travel across 80km2 of the city – accessing one of the most affordable, sustainable and convenient modes of transport in the city at any time of the day.

Matthew Pencharz, Head of Policy at Voi Technology UK and Ireland, said: “Birmingham delivered a spectacular games and we are delighted to have made our contribution in helping tens of thousands of people get to the venues conveniently and sustainably. Today’s (10 August) figures show how people are willing to adopt e-scooters and micro-mobility in general, especially when the right infrastructure is in place. Moreover, the success at the games shows how e-scooters can easily be integrated with public transport when major events take place.”