TfL’s new report on road traffic casualties in the capital has found that the number of people killed on London’s roads in 2021 fell to the lowest level on record, while collisions increased following the end of lockdowns. 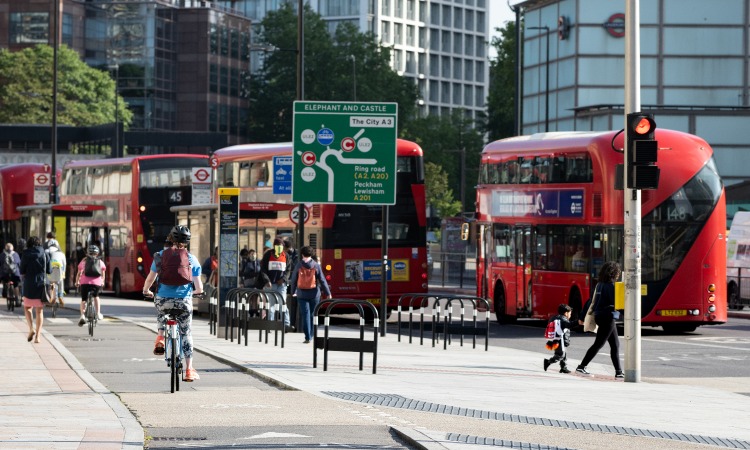 Transport for London (TfL) has announced that it has published casualty statistics that show that the number of people tragically killed on London’s roads in 2021 have decreased by 22 per cent – the lowest level on record – compared to a seven per cent increase nationally.

Despite this decrease, overall casualties have increased since the COVID-19 lockdowns ended in July 2021 and traffic has returned to pre-pandemic levels, with the number of people who were killed or seriously injured increasing by 17 per cent compared to 2020.

The data also shows that vulnerable road users continue to be most at risk with people walking, cycling and motorcycling making up 81 per cent of all people killed or seriously injured in 2021. The number of people killed while cycling in 2021 was down by 40 per cent on the 2005-09 baseline, however, this increased by 54 per cent.

Since the start of the pandemic, TfL has worked closely with boroughs across the capital to invest in the walking and cycling infrastructure needed to enable increases in active travel and keep people walking and cycling safe. This includes more than 100km of new or upgraded cycle lanes, 89 Low Traffic Neighbourhoods, and 322 ‘School Streets’. By autumn 2021, 19.4 per cent of Londoners lived within 400m of a cycle route, an increase of approximately 750,000 residents since 2019.

People riding motorcycles continued to be disproportionately involved in collisions resulting in fatal and serious injuries to themselves and to others, especially people walking. In 2021, motorcyclists accounted for less than three per cent of vehicle kilometres travelled but 19 per cent of fatalities.

Cars continued to be the main vehicle type involved in collisions in 2021, highlighting the risks posed to Londoners and the capital by a car-led recovery from the pandemic. Cars were involved in 64 per cent of all collisions resulting in death or injury, up from 62 per cent in 2019. Speeding remains the biggest risk to road users with half of the 2021 fatal collisions in London (37 out of 75) reporting speed as a contributory factor.

Furthermore, according to the data, the number of people killed or seriously injured in or by a bus in 2021 was the second lowest number on record after 2020 and is 70 per cent down on the 2005-09 baseline, meeting the overall target of 70 per cent by 2022. TfL has continued work on its Bus Safety Programme and all new buses joining the fleet are now Bus Safety Standard 2019 compliant. This means they are fitted with Intelligent Speed Assistance, which ensures that buses are complying with the speed limit. They are also fitted with blind spot mirrors or camera monitoring systems to improve visibility of vulnerable road users and with acoustic vehicle alerting systems to alert road users of their presence.

Sadiq Khan, Mayor of London, said: “Every death and serious injury on our roads is a tragedy and I refuse to believe that they are something we have to accept as inevitable. Our Vision Zero action plan sets out tough measures to help reduce risk and eliminate death and serious injury from London’s roads. The pandemic has also demonstrated that fewer cars on our roads mean fewer deaths and serious injuries, which is why I’m determined to make sure we deliver a green recovery in London by encouraging more Londoners to walk and cycle. The cost to the capital of a car-led recovery cannot be underestimated, with increased road danger, detrimental health impacts, time wasted stuck in traffic and billions lost to the economy. There is still much more to do to eradicate road deaths and serious injuries from our streets, but I am determined that together we will help make London greener, more sustainable and safer for all.” 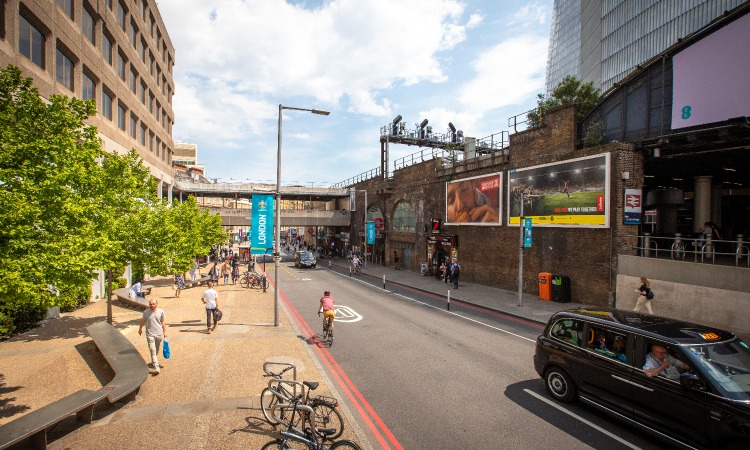 Commander Kyle Gordon, Metropolitan Police Service said: “The Met’s Roads and Transport Policing Command, in partnership with TfL, is working tirelessly to protect our communities from harm by reducing collisions and the number of people killed or injured on London’s roads. Every life lost on London’s road network is a tragedy and only reinforces our resolve to achieve the Mayor of London’s Vision Zero of eliminating death and serious injury.”

Jeremy Leach, Action Vision Zero Co-Founder, said: “It has been good to see the decrease in the numbers of road deaths in London but the rise in serious injuries is a real concern. Having lots of traffic is a huge source of road danger on London’s roads and we will struggle to get people out of their cars and choosing to walk and cycling if they are at risk of serious injury particularly from speeding vehicles. The good news is that the Mayor’s new target to reduce traffic volumes in London by 27 per cent by 2030 will work to reduce road casualties at the same time as improving air quality and reducing CO2 emissions.”

TfL continues to work on a number of major programmes to make London’s roads and the vehicles using them safer. In March 2020, TfL introduced a 20mph speed limit on all of its roads within the central London Congestion Charging zone as part of its Vision Zero commitment and 80km of its roads are now 20mph. TfL is now working to lower speeds on 220km of its roads by 2024 in inner and outer London, and recently launched 13.77km of new lower speed limit schemes in February 2022.

In addition to the record-breaking growth seen in London’s cycle network over the past five years, with 260km of safer, high-quality cycle routes delivered by TfL and the boroughs, TfL has continued to work on its Safer Junctions programme to make life-saving changes at some of the capital’s most dangerous and intimidating junctions. To date, TfL has completed work at a total of 43 junctions, with more in the pipeline.

This week commencing 27 June 2022 is Vision Zero week, with TfL, the Metropolitan Police, London boroughs and the Mayor working together to highlight the problem of road danger and the trauma caused by collisions, and generate awareness of Vision Zero across all Londoners.