The new mobile speed enforcement cameras will support Transport for London and the Metropolitan Police to achieve their Vision Zero goal to eliminate death and serious injury on London’s roads by 2041. 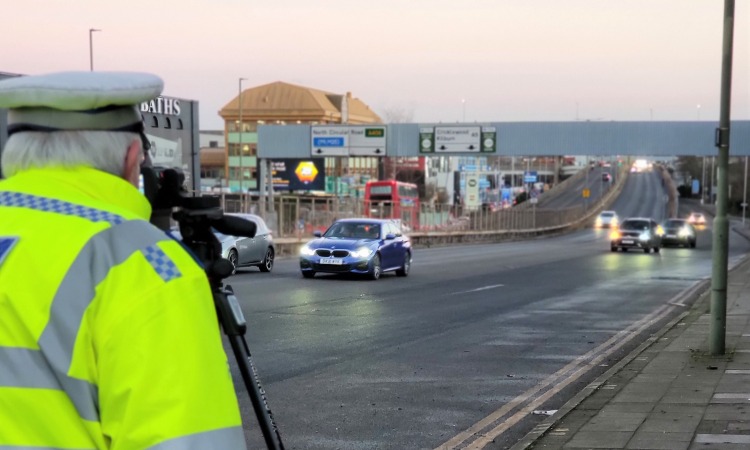 Transport for London (TfL) has announced that it has launched five new mobile safety cameras to tackle the risk and harm caused by speeding across London and help meet its Vision Zero goal of eliminating death and serious injury on the road network.

The new laser cameras are being operated by a team of Police Community and Support Officers (PCSOs) in the Metropolitan Police Roads and Transport Policing Command (RTPC) for the first time. The ability to relocate the cameras to where they are most needed means that they can be used to target non-compliance ‘hot-spots’ and in areas where local communities are concerned about speeding on residential roads. This capability ensures that TfL and the police can be more responsive to local community concerns and emerging problems.

Since the new cameras have been in operation, the Metropolitan Police Service (MPS) has enforced 9,500 speeding offences with them, including one driver who was found to be travelling at 90mph in a 30mph speed limit. TfL has been working with the MPS to increase the level of police enforcement and tackle speeding and the harm it causes, with the aim of having the capacity to enforce up to one million speeding offences by 2024/25.

Reducing danger on the capital’s transport network is a top priority for TfL. In March 2020, TfL introduced a 20mph speed limit on all of its roads within the central London Congestion Charging zone as part of its Vision Zero commitment to eliminate death and serious injury on the capital’s roads by 2041, and 80km of its roads are now 20mph. It is now working to lower speeds on 220km of its roads by 2024 in inner and outer London, and has recently launched 13.77km of new lower speed limit schemes in February 2022.

The Deputy Mayor for Transport, Seb Dance, said: “London has made huge strides in reducing road danger since adopting the Vision Zero goal for London and committing to eliminate all deaths and serious injuries from London’s streets by 2041, but there is still a long way to go. That’s why I welcome this work by TfL and the MPS to increase enforcement activity in order to tackle speeding. These new measures will enable police to focus on the areas where there are persistent problems and work to address local community concerns. This is a vital step in creating a safer and healthier London.”

Siwan Hayward, TfL’s Director of Compliance, Policing, Operations and Security, said: “Breaking the speed limit is dangerous and selfish. Drivers and riders travelling too fast are more likely to have a collision, with speed being a factor in almost half of fatal collisions in London. Working with the MPS and City of London Police, we are taking robust action against drivers who continue to speed, putting themselves and others at risk on London’s roads. This new equipment helps to increase levels and coverage of enforcement activity against speeding drivers across London. We urge drivers to slow down.”