Transport for London and partners have published a Vision Zero progress report, identifying the updated measures necessary to eliminate death and injury from London’s roads by 2041. 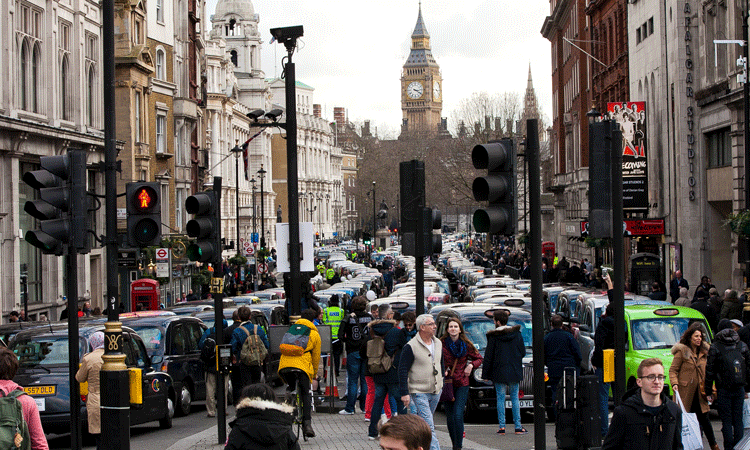 Transport for London (TfL), in partnership with London Councils and the Metropolitan Police Service (MPS), has published a progress report that highlights the scale of the Vision Zero challenge in London and commits to new tougher measures to eliminate death and serious injury from London’s roads by 2041.

New TfL research, carried out by market research firm YouGov, shows that 71 per cent of Londoners think road users are not as considerate to others as they should be, while only nine per cent of people admit to not being as considerate as they could be themselves. The survey also showed that 28 per cent of Londoners believe that road users have become more inconsiderate since the COVID-19 pandemic, compared to 11 per cent who believe they have become more considerate. The research shows the distance still to go to achieve Vision Zero in London. TfL is launching a new communications campaign to challenge a deep-rooted culture, in which some Londoners still believe that death and serious injury on our streets is inevitable.

London has made huge strides in reducing road death since launching its first Vision Zero action plan in 2018. London’s world-first Direct Vision Standard, which reduces lethal blind spots on lorries, is now being enforced on all roads in London and TfL’s bus safety standard is mandating the latest safety technologies and designs on all new buses. More than 1,600 buses, or around 18 per cent, across London also now have Intelligent Speed Assistance, which limits the bus to the speed limit of the road it is travelling on. TfL is keen to accelerate its introduction across the fleet with a further 3,000 buses retrofitted over the next two years. Working in partnership with the boroughs, 260km of safer, high-quality cycle routes have been delivered, 43 dangerous junctions improved, and more than 100 Low Traffic Neighbourhoods and 322 School Streets introduced.

London has also seen deaths and serious injuries fall faster than the national average with the number of people being killed or seriously injured reducing by 52 per cent in 2020 against the government’s 2005 to 2009 baseline.

As lowering speeds remains one of the most important things that can be done to reduce road danger, TfL says it will be accelerating the delivery of its 20mph speed limit programme so that by 2024, 220km of TfL roads will have a 20mph speed limit, up from 80km in 2021 and 35km in 2016. TfL will also be recommending to government that they collaborate on a pilot project to trial a 20mph default speed limit on all residential roads in London.

TfL says it will also continue to work with the boroughs to expand the high-quality cycle network to reach more Londoners, working towards the Mayor’s ambition for the network to reach a third of all Londoners by 2025. This includes delivering 30km of new or upgraded cycle routes in 2021/22, building on the recent expansion of the network through the Streetspace for London programme.

Work will also continue on the Safer Junctions programme, which is reducing road danger at 73 dangerous junctions across London. Work has been completed at 43 junctions so far. All locations in the Safer Junctions programme had higher than average collision rates and this improvement work is a vital part of the Vision Zero ambition. Work is now underway to make it safer and easier for people walking by implementing a prioritised programme of new pedestrian crossings, including at high-risk junctions where there are none currently.

“Each and every death or serious injury on London’s roads is a tragedy for those affected and their loved ones. I refuse to accept these terrible incidents are inevitable, which is why I am so keen to intensify the work we are already doing to reduce the number of deaths on our roads,” said the Mayor of London, Sadiq Khan.  “This report contains bold and ambitions plans to change the way we use London’s roads, with lower speed limits being introduced and more collaboration with London boroughs to improve dangerous junctions. But we are also looking to change people’s behaviour, with the campaign launched to challenge people’s views around road culture to make our roads safer for all, particularly more vulnerable users like pedestrians, cyclists, and motorcyclists. We have already made some good progress – but we cannot be complacent. There is still much more to do to eradicate deaths and serious injuries from our streets.”

E-scooter safety begins by picking up a helmet

By Nathan Davies - Royal Society for the Prevention of Accidents (RoSPA)