TriMet’s 2023 fiscal year budget will help rebuild its workforce and prioritise projects that accelerate the electrification of its public transit fleet and advance transit equity. 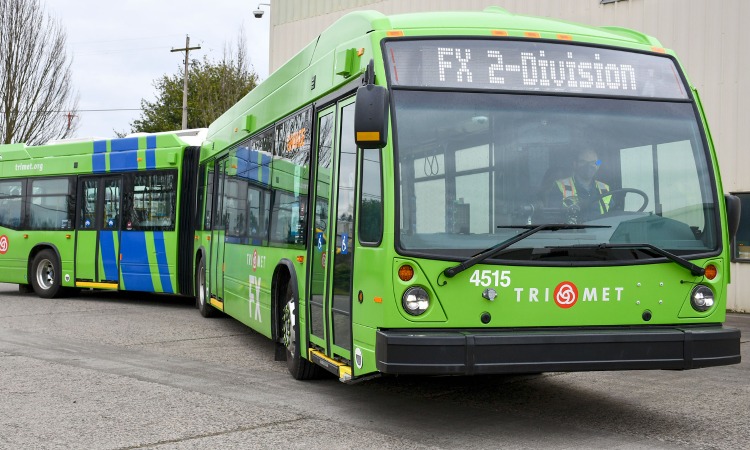 In a unanimous vote, TriMet has announced that its Board of Directors have granted formal approval to its budget for the next fiscal year, setting the agency’s priorities in motion for the second half of 2022 and first six months of 2023.

The $1.93 billion budget includes $748.9 million in day-to-day operating requirements and $304.1 million in capital improvements. For the tenth straight year, the budget does not include a base fare increase.

The budget will allow TriMet to rebuild a frontline workforce, which continues to be impacted by the COVID-19 pandemic. In order to return service to pre-pandemic levels, the agency would need to increase its current operator ranks by more than 300. In January 2022, it reduced service by 9 per cent, to better-match staffing levels. However, resignations, retirements, promotions and departures of operators for other reasons have continued to outpace hiring, leading to cancelled buses and trains, as well as system delays for riders. Thus, it is critical for TriMet to restore its employee ranks if it is to recover and expand service later in 2022 or beyond.

To help achieve this, the agency has increased the starting pay for new bus operators to $25.24 per hour, with regular, guaranteed pay raises, as well as a generous package of employment benefits, a retirement plan and a $7,500 hiring bonus for newly hired operators.

One of the big improvements riders will see in the coming months is the launch of the first TriMet FX™ – or Frequent Express – bus service, set to launch in Autumn 2022 to the 15-mile Division Street corridor between Gresham and downtown Portland. The new service will bring more people on board using longer, articulated buses that will allow for faster, all-door boarding and special signal and lane markings to help keep buses moving past traffic congestion.

Building for the future

During 2023, TriMet will also focus on capital investments, including work on major initiatives, that improve the rider experience and the community, including:

With an agency goal to fully transition to a non-diesel, zero-emission bus fleet by 2040, TriMet will expand its electrification programme over the next year, with continued exploration and testing of electric technologies. In April 2022, TriMet announced the purchase of 24 long-range battery-electric, zero-emission buses, which will begin arriving in Autumn 2023 and more than double the size of TriMet’s fleet of 100 per cent battery-electric buses to include some 35 vehicles.

Since 2018, TriMet has offered the Honored Citizen reduced fares to riders based on income level, in addition to seniors and people with disabilities. The budget seeks to expand participation in the programme, which offers unlimited rides on TriMet buses and trains for just $28 per month.

These federal funds are a one-time resource, to be used to prevent, prepare for and respond to COVID-19. The funding has and will continue to be used for operations and maintenance, as well as TriMet’s post-pandemic response and safety efforts. It has provided critical support that has allowed the agency to avoid deeper service cuts and layoffs.