With the subway, Metro-North Railroad and Long Island Rail Road surpassing pandemic-era records set over the past several weeks in May 2022, New York City is well on track with its post-pandemic recovery. 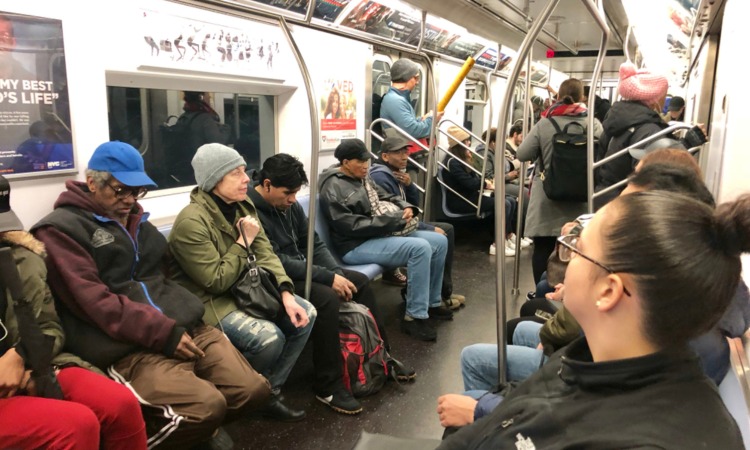 The Metropolitan Transportation Authority (MTA) with Governor Kathy Hochul has announced that subway ridership on 18 May 2022 topped 3.6 million riders, breaking a previous record of 3.535 million set just the day before, on 17 May.

“This week, New York reached a milestone in transit ridership, one of the most encouraging indicators that our comeback from COVID is right on track,” said Governor Hochul. “Public transportation systems are the lifeblood of New York, and we will continue doing everything in our power to bring riders back, helping drive our economic recovery.”

Furthermore, a record numbers of riders are also taking advantage of OMNY and the flexibility of fare-capping. Subway OMNY taps reached a record of nearly 1.2 million rides on 18 May 2022.

Ridership on both railroads and the subway have been steadily growing as major companies have started to bring employees back to the office starting in March 2022 and following the rollout of a series of pilot fare programmes designed to encourage riders to return to transit by making fares more affordable and flexible. The four highest pandemic-era ridership days on the subway have all been recorded in May 2022, and both railroads have reached new pandemic-era ridership highs in each of the past 3 weeks.

MTA Chair and CEO Janno Lieber said: “This week’s record ridership on both our commuter railroads and the subway are just the latest evidence that New York’s comeback is being powered by transit. We are committed to bringing riders back with the new OMNY ‘Lucky 13’ weekly unlimited and other fare discount options, as well as frequent, reliable service and we can’t wait to welcome more New Yorkers back to mass transit in the weeks and months to come.”

New York City Transit President Richard Davey said: “The subway is essential to making New York City the dynamic place that it is. The strong growth we are seeing in subway ridership over the month of May demonstrates that as New York City continues to come back, our riders are returning to the subway system, which is the best and most sustainable way to get around the city.”