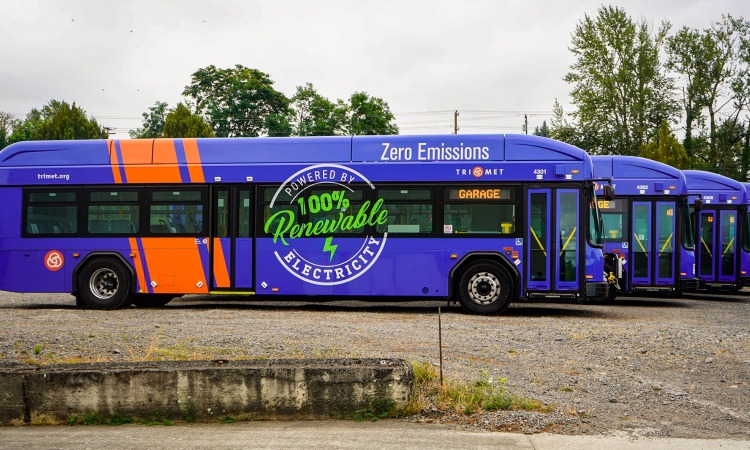 Two years after the COVID-19 pandemic began changing the world, TriMet has unveiled its proposed $1.8 billion budget to keep transportation priorities on track as Portland, Oregon, continues its recovery.

The budget includes $736.7 million in day-to-day operating requirements and $246.1 million in capital improvements. The remainder of the budget includes debt service, pass through funds that TriMet provides to other government agencies, fund balances and contingencies. For the 10th consecutive year, the budget does not include a fare increase.

The proposed fiscal year 2023 budget supports the agency’s business plan – the framework of objectives and strategies that it uses to bring its financial decisions in line with its vision, mission and values. In addition to restoring ridership and workforce levels that were eroded by the COVID-19 pandemic, the proposed budget prioritises capital projects that will bring faster, more reliable transit to the region; improve safety; further reduce its carbon footprint; and maintain a transit system that is accessible and welcoming to all.

TriMet will launch a new type of bus service in September 2022, as construction of the Division Transit Project wraps up and the first TriMet FX™ – also known as Frequent Express – bus line begins service. FX-2 Division will use 60ft articulated buses, all-door boarding, transit priority signals and lanes and amenities to bring better bus service to the 15-mile Division Street corridor. It is expected to speed up bus rides between Downtown Portland and Gresham by 20 per cent or more.

Significant work continues in the coming year on major agency initiatives, including: ‘A Better Red’ MAX Red Line Extension and Reliability Improvements Project; completion of the Powell Garage renovation; and the replacement of the oldest light rail vehicles in TriMet‘s fleet. In addition, the budget includes plans to increase capacity at the MAX Orange Line’s SE Park Ave Parking Garage.

With an agency goal to fully transition to a non-diesel, zero-emission bus fleet by 2040, TriMet will expand its electrification programme in 2023, with continued exploration and testing of electric technologies to meet high standards of safety and reliability while cutting carbon emissions. This includes further testing of TriMet’s growing fleet of electric buses and installing dozens of electric chargers at its Powell facility.

Since 2018, TriMet has offered its Honored Citizen reduced fare to riders based on income level, in addition to seniors and people with disabilities. Its budget seeks to expand participation in the programme, which offers unlimited rides on TriMet buses and trains for just $28 per month.

Resources that support the total $1.8 billion budget include $77.1 million in operating revenue, $470.1 million in tax revenues and $164.5 million in federal funding. However, passenger fares are down compared to pre-pandemic levels, due to lower ridership and service reductions, brought on by ridership demand and staffing shortages. Currently, TriMet’s service is down by approximately 18 per cent compared to the start of the pandemic.

Furthermore, TriMet has also been awarded federal funding from recent relief packages including: $184.9 million from the Coronavirus Aid, Relief and Economic Security (CARES) Act; $195.4 million from Coronavirus Response and Relief Supplemental Appropriations Act (CRRSAA); and $289.1 million from American Rescue Plan (ARP) Act. Funding has and will continue to be used for operations and maintenance, as well as TriMet’s COVID-19 response and safety efforts. The funding has provided critical support that has allowed the agency to avoid deeper service cuts and layoffs.