As part of the Scottish government’s continued efforts to tackle air pollution across the country, Low Emission Zones will be introduced across Edinburgh, Glasgow, Dundee and Aberdeen. 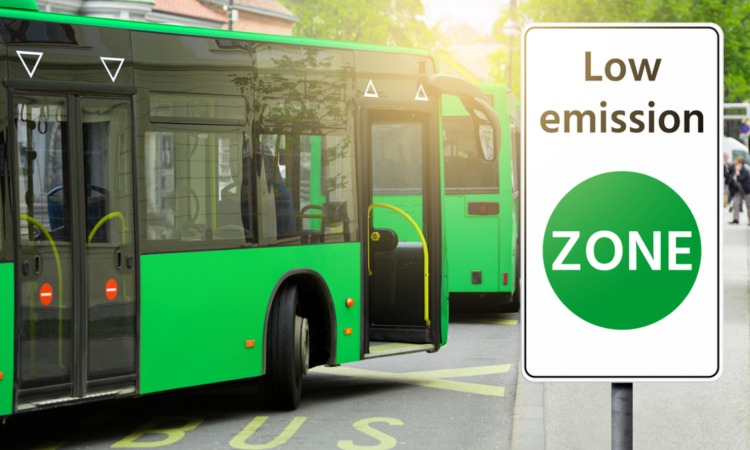 Plans have been agreed at the local authority level and have now also been approved by Scottish Ministers, as required in legislation through the Transport (Scotland) Act 2019.

With the shape and scope of LEZs now agreed across the four cities through this introduction, local grace periods until enforcement commences have now begun.

In order to improve air quality, LEZs set an emissions limit for certain road spaces, restricting access for the most polluting vehicles. This helps protect public health within towns and cities, making them more attractive places in which to live, work and visit. LEZs also encourage people to think about leaving the car at home and to consider public transport or active travel – supporting climate action by helping to meet Scotland’s commitment to reduce car kilometres travelled by 20 per cent by 2030.

Vehicles that do not meet the emission standards set for a Low Emission Zone will not be able to drive within the zone. A penalty charge will be payable by the registered keeper of a vehicle when a non-compliant vehicle enters the LEZ.

The minimum emission standards for vehicles permitted within the four LEZs are:

A number of vehicles are exempt from LEZ requirements, including any vehicle driven by a blue badge holder. Funding remains available to help people and businesses that need it most to comply with Low Emission Zones.

Minister for Transport Jenny Gilruth said: “The introduction of Low Emission Zones is a truly significant public health moment for Scotland. Our air quality is generally good – but for too long air pollution has exceeded legal limits for health in our city centres as a consequence of unrestricted vehicle emissions. We have a moral responsibility to act. Air pollution often disproportionally impacts those with the least in our society. It causes the most damage to the youngest, the oldest and those with pre-existing medical conditions. LEZs are the biggest change we’ve ever seen in how vehicles will access our cities – and they need to be, in order to best protect public health and improve air quality.”

Councillor Scott Arthur, Transport and Environment Convener at the City of Edinburgh Council, said: “By introducing a LEZ, Edinburgh is joining cities right across the UK in working towards a healthier environment and a better quality of life for everyone. We all have the right to breathe clean air and it’s our responsibility to tackle air pollution to protect the health and wellbeing of the most vulnerable members of society. The LEZ will restrict the most polluting vehicles from entering the boundary, reducing harmful traffic-related nitrogen oxide emissions by a predicted 55 per cent in the zone.”

“Air pollution is the biggest environmental threat to public health. It is causing new lung conditions like lung cancer and worsening existing ones. With one in five Scots developing a lung condition like asthma and COPD in their lifetime, for them, it can trigger life-threatening asthma attacks and exacerbations. Children’s lungs are also more susceptible to air pollution as they are still growing, and they also breathe faster than adults,” said Joseph Carter, Head of Devolved Nations at Asthma+Lung UK.  “The gradual roll-out of Low Emission Zones is going to be a huge step forward to start tackling this major health problem. Starting in Glasgow in 2018 and then extended to our core cities with the Transport Act 2019, LEZs are one of the most effective way of reducing pollution.”