Nearly two-thirds of England’s population outside of London will benefit from the UK government’s latest investment, which aims to make bus services more frequent, affordable and sustainable. 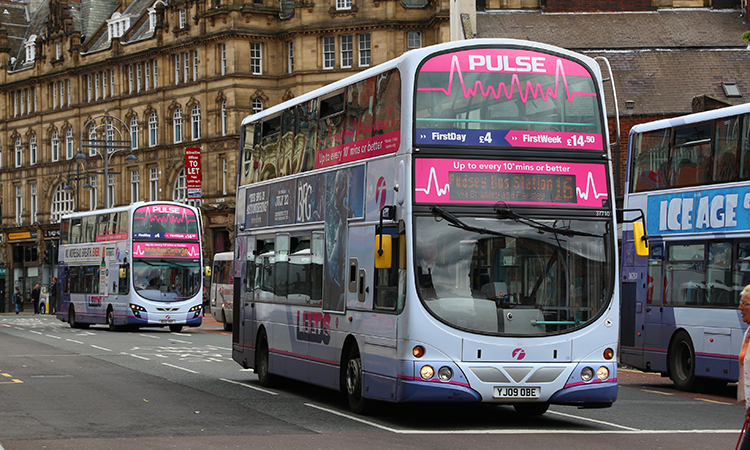 The UK government has announced that it has confirmed nearly £7 billion to overhaul and level up major local transport schemes outside of the capital. Thirty-one counties, city regions and unitary authorities have been chosen in the latest award from the government’s bus transformation programme.

According to the Department of Transport (DfT), just under two-thirds of England’s population outside of London will benefit from the new investment to make their buses more frequent, reliable, easier to understand and use, and greener. Improvements will also include integrated ticketing and the addition of more bus lanes to speed up journeys.

The successful areas have been chosen due to their ambition to repeat the success achieved in London. As the government stated in 2021’s National Bus Strategy, Bus Back Better, areas not showing sufficient ambition – including for improvements to bus priority – will not be funded.

A further £150 million is being provided across England to maintain service levels as patronage continues to recover after the pandemic, while mayoral combined authorities will also receive money for buses from the £5.7 billion City Region Sustainable Transport Settlements (CRSTS).

Improvements in the pilot area, Cornwall, will start in the second week of April 2022, and will be funded by £23.5 million from the UK government. From 10 April 2022, most bus fares in the county will be reduced, with short hop fares down by 20 per cent, longer journeys costing up to 40 per cent less and some bus passes cut by almost 50 per cent.

All tickets will be available on all of the operators’ services and, in Summer 2022, contactless tap-on and tap-off payments will be introduced. Buses will also connect easily with the main rail line at stations across the county.

The UK’s Transport Secretary, Grant Shapps, said: “Buses are the most popular way of getting around in this country – but, for too long, people outside of London have had a raw deal. The investment that we’re making today to ramp up the bus revolution will drive down fares at a time when people’s finances are tight and will help to connect communities across England.”

This funding announcement follows the UK government’s pledge of nearly £200 million to support vital bus and light rail services across the country, as well as the deployment of zero-emission buses. This will be used to ensure that light rail services continue to run and that millions of passengers can continue to get around as the country emerges from the pandemic, as the government continues to push for net zero carbon emissions.

David Sidebottom, Director of UK independent watchdog Transport Focus, said: “Passengers tell us that they want frequent, punctual and reliable bus services that offer better value for money. They will welcome this significant investment to provide more affordable services. Operators and local authorities must continue to work together to ensure that this investment focuses on the things that matter most to passengers, help get people back on board bus and tackle climate change.”