The Zero Emission Buses Regional Area scheme has awarded 12 local transport authorities with a portion of £198.3 million to purchase zero-emission buses, which will equate to 943 alternative power buses being rolled-out on England’s roads. 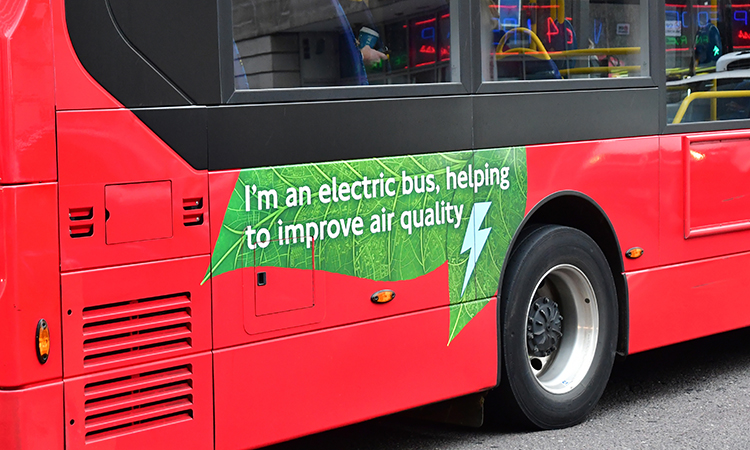 Millions of people across England will be able to make greener, cleaner journeys as almost 1,000 green buses are rolled out with the backing of nearly £200 million in government funding. Twelve areas across the country, from Greater Manchester to Portsmouth, will receive grants from the multimillion-pound package to deliver electric or hydrogen powered buses, as well as charging or fuelling infrastructure, to their region.

The funding comes from the Zero Emission Buses Regional Area (ZEBRA) scheme, which was launched in 2021 to allow local transport authorities to bid for funding to purchase zero emission buses. The £198.3 million, which was announced on 26 March 2022, will provide 943 buses. It builds on almost:

The first orders have already been placed. Hundreds more zero-emission buses have been funded in London, Scotland, Wales and Northern Ireland.

It means that the government remains on track to deliver its commitment to fund a total of 4,000 zero-emission buses across the country – which the UK Prime Minister, Boris Johnson, promised in 2020 to “drive forward the UK’s progress on its net zero ambitions” and to “build and rebuild those vital connections to every part of the UK”.

The UK’s Transport Secretary, Grant Shapps, said: “I will level up and clean up our transport network. That’s why I’ve announced hundreds of millions of pounds to roll out zero-emission buses nationwide. Not only will this improve the experience of passengers, but it will help to support our mission to fund 4,000 of these cleaner buses, reach net zero emissions by 2050 and build back greener. Today’s announcement is part of our National Bus Strategy, which will introduce lower fares, helping to drive down the cost of public transport even further for passengers.”

The move is expected to remove over 57,000 tonnes of carbon dioxide per year from the country’s air, as well as 22 tonnes of nitrogen oxides on average each year, as government continues to go further and faster to achieve net zero, clean up the transport network and build back greener.

Jobs in the bus manufacturing industry – based largely in Scotland, Northern Ireland and northern England – will be supported as a result of the move. Zero-emission buses are also cheaper to run, improving the economics for bus operators.

The areas whose business cases were approved and will be receiving ZEBRA scheme funding are:

Martin Griffiths, Stagecoach’s Chief Executive, said: “We welcome today’s announcement, which will complement the significant investment and initiatives by operators as we work together to transition to a zero-emission bus fleet and help the country to achieve its net zero ambitions. Stagecoach has already started its journey towards our target of a fully zero emission UK bus fleet by 2035, and there is also a major opportunity to deliver cleaner air by people switching to more sustainable public transport, cycling and walking. Britain’s buses have an exciting future ahead, helping to decarbonise the country, as well as driving economic recovery and levelling up our communities.”

In a major boost to Greater Manchester’s ambitions to deliver an integrated transport network, the Bee Network, and reach net zero carbon emissions by 2038, £36.9 million in funding has been secured via the ZEBRA scheme to introduce 170 green buses to the region.

Andy Burnham, Mayor of Greater Manchester, said: “This is a significant boost to our ambitions for a fairer, greener bus system. Zero-emission buses play a critical part in our drive to help more people travel sustainably. We welcome the government’s backing, and we look forward to further support as we continue to build an integrated and affordable public transport system.” 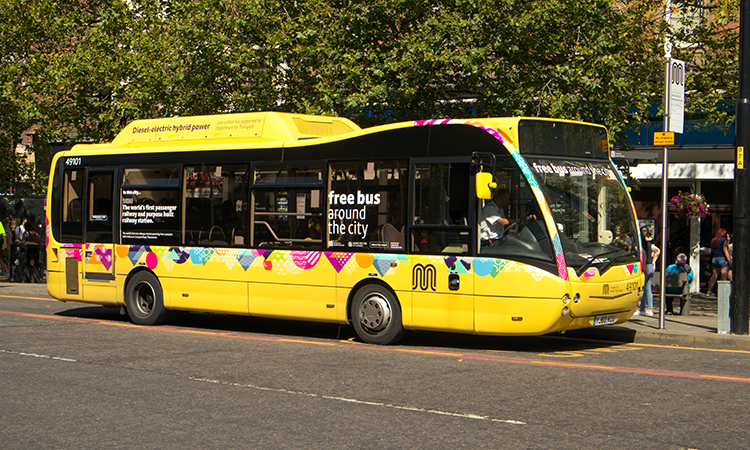 Following a successful bid to the ZEBRA scheme fund, a fleet of 124 new environmentally friendly hydrogen-fuelled buses will be taking to the streets of the West Midlands following the approval of a £30 million Department for Transport (DfT) grant.

Twenty-four of these new vehicles will be articulated tram-style buses, set to run on the new Sprint rapid transit routes along the A34 and A45 between Walsall, Birmingham and Solihull.

Pete Bond, Director of Integrated Transport Services with Transport for West Midlands (TfWM), said: “Buses are the most used form of public transport in the region, and this is welcome government investment in our network. These hydrogen buses, the All Electric Bus City scheme in Coventry and the roll-out of electric vehicle charging facilities that we are planning shows how the West Midlands is leading the way on decarbonising our transport and making good progress on achieving our net-zero targets.”

“Not only is it welcome to support our work to improve the air that we breathe, but new modern buses, accompanied by the new bus lanes and priority measures being introduced, will offer commuters a reliable and comfortable alternative to the car and traffic congestion. It also presents an incredible opportunity to make the West Midlands a world leader in the new hydrogen economy,” he added. 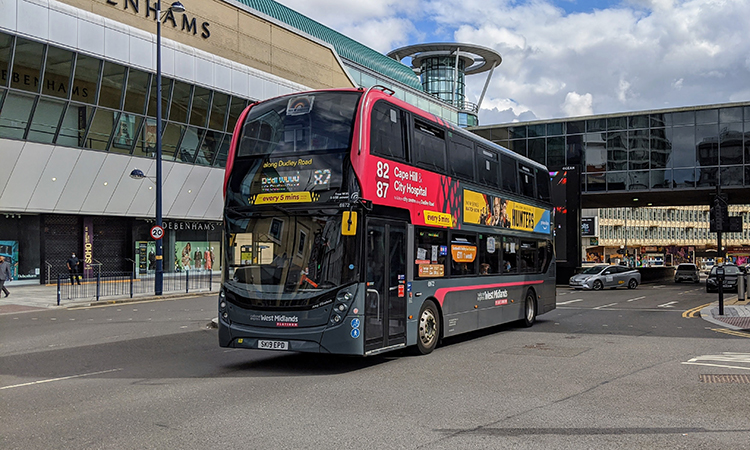 City of York Council has been awarded over £8.4 million to support the purchase of 44 fully electric buses – one of the key sustainable transport schemes and initiatives which City of York Council wants to deliver. The Department for Transport ZEBRA scheme funding was awarded following a successful submission by the Council in January 2022.

Councillor Andy D’Agorne, Deputy Leader and Executive Member for Transport at City of York Council, said: “We are delighted to be successful in receiving over £8.4 million in funding towards providing clean, zero-emission public transport across the city. The city’s Bus Service Improvement Plan [(BSIP)] is also a key supporting policy underpinning the council’s new Local Transport Plan, and I hope government will announce funding for this shortly.”

Councillor Paula Widdowson, Executive Member for the Environment at City of York Council, said: “Securing this investment is excellent news for the city. Here in York, we have already gone to great lengths to promote sustainable travel, particularly on public transport. In partnership with First York, we already have introduced 21 double-decker electric buses on the Park and Ride fleet, saving thousands of tonnes of CO2 in the city. York already holds bold targets for reducing carbon and taking steps to tackle climate change. We know that we cannot achieve this alone, and that is why this funding will be so important in helping us to reduce York’s carbon footprint and improving our air quality.” 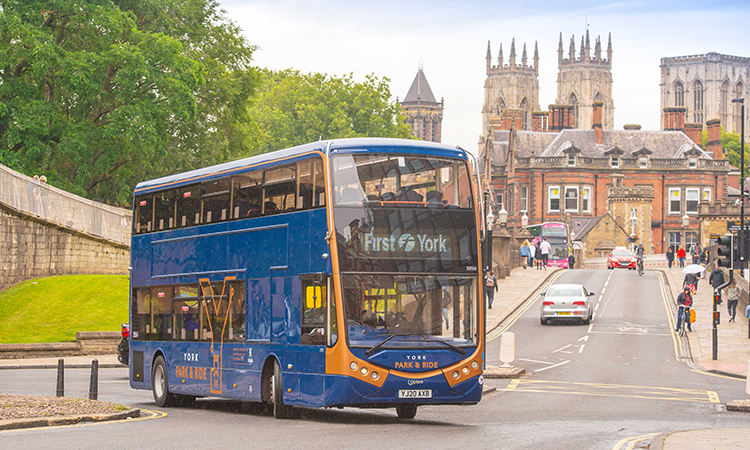 Portsmouth City Council has been awarded £6.5 million as part of the ZEBRA scheme for the purchase of 34 new electric buses as part of its partnership with First Solent and Hampshire County Council. This award will make a significant contribution to moving towards net zero as the council tackles the climate emergency that was declared in 2019.

Councillor Lynne Stagg, Cabinet Member for Traffic and Transportation, said: “I was so excited to hear that our bid had been successful and that we can start providing zero-emission buses in Portsmouth. This marks a significant milestone for our city in creating cleaner travel for all. I also eagerly await the funding announcement from government in response to our Bus Service Improvement Plan. If successful, we will be able to transform our bus services so that residents and those coming to our city to work, study and visit have an affordable, reliable and better connected bus service. I hope that, over time, with all of these improvements, we can support more people to leave their car at home and hop on a bus. This will improve air quality and make our city a better place for everyone to enjoy.” 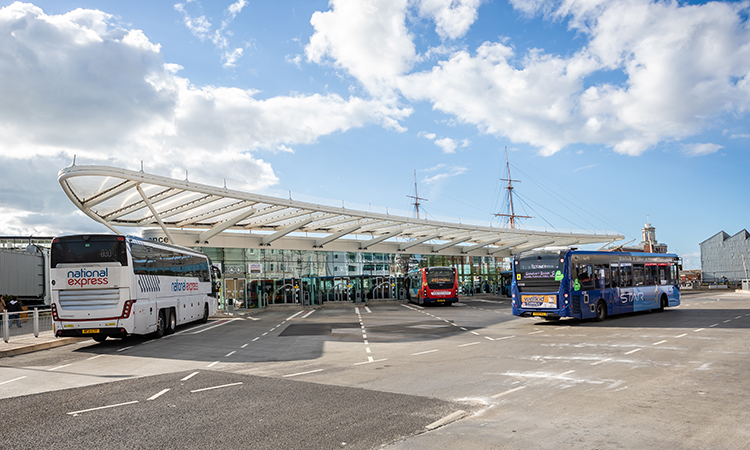 Ending the sale of non-zero-emission buses

On the same day that the funding was announced, the government also launched a public consultation seeking views on setting a specific date between 2025 and 2032 for ending the sale of new non-zero-emission (at the tailpipe) buses. This would mean that, from 2032 at the very latest, the sale of all new buses powered either in part, or totally, by an internal combustion engine would cease to be allowed. Any new buses sold from that date would need to be fully zero-emission at the tailpipe, and the end of sales would apply across the whole of the UK. Such a move would bolster the market for zero-emission buses, making them the default choice for operators to transition sooner.