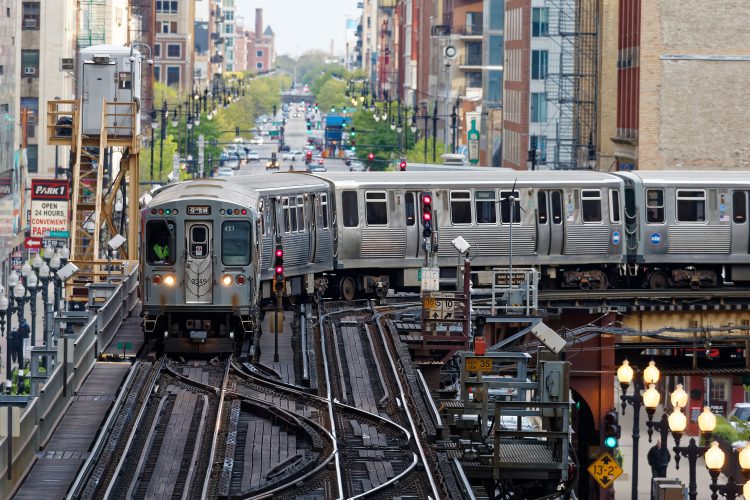 The first steps of a significant infrastructure project have been taken by the CTA in Chicago, as the city looks to modernise stations on the red line of its “L” rapid transit network.

The new stations, which will open by the end of 2024, will be modern, larger, and fully accessible stations that will include elevators, wider platforms, and other improved amenities. CTA will also rebuild the century-old track structure between the four contiguous stations, which will provide a smoother, more comfortable, and more reliable ride.

“The CTA is what ties our city together and has long connected our residents to jobs, education and opportunity,” said Mayor Lightfoot.

“Thanks to this week’s groundbreaking, which is an important step forward in our mission to modernise the Red Line with the largest project in CTA history, we are able to enhance those positive impacts even more. I am grateful for the continued support of our partners at the federal and local level, which allows us to provide our residents with the affordable, accessible and reliable transportation they deserve.”

This spring, the CTA is beginning “Stage A”, the first of two stages of construction, which begins with the demolition of a 100-year old track structure between Red Line Lawrence to Bryn Mawr. CTA’s contractor, Walsh-Fluor, will rebuild the northbound Red and Purple Line track structures (the two easternmost tracks) into a new and modern track structure to meet today’s needs of the Red Line, the busiest line in the CTA system.

Stage A will be completed in late 2022, and then Stage B will begin and include reconstruction of the southbound Red and Purple Line tracks and the four new stations.

“The benefits of this project extend beyond riders of the Red Line to Chicago’s neighbourhoods and small businesses across the city through training, job and contract opportunities that will be a model for future CTA projects like the Red Line Extension.”