Posted: 26 May 2021 | Joshua Minchin - Intelligent Transport | No comments yet

One of Moscow’s famous metro trains has received a new paint job from local street artists in the Russian capital, with passengers getting the final say on the future of the new model. 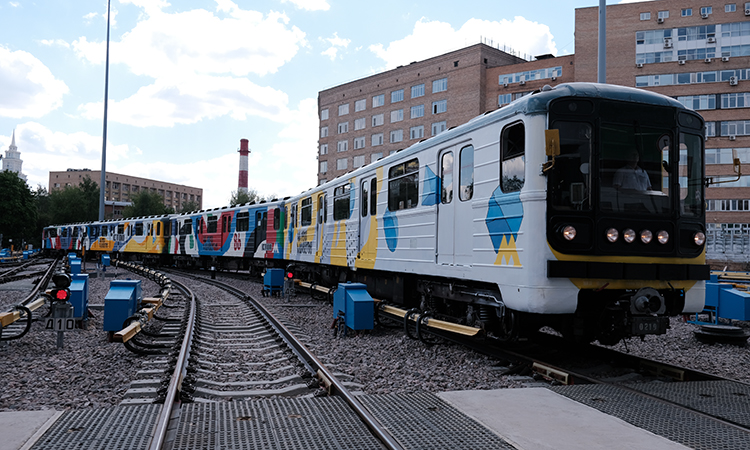 Moscow Metro says the train will remain in service until September of this year, before passengers vote on its fate

On what is its 86th birthday, Moscow Metro invited modern graffiti artists to decorate some of the city metro’s rolling stock. The artists were given “complete freedom” in painting the train, which was launched last week on Line 2 of the city’s network.  The train will run with its current livery until September of this year, with Moscow Metro offering its passengers an opportunity to decide the train’s future fate by voting on the design later this year.

“We are open to such projects and are ready to work with talented street artists, because we support art in different forms – we hold nighttime and online concerts in the metro, as well as opera, ballet, and film screenings,” said Deputy Mayor of Moscow Maxim Liksutok.

“When the train stops carrying passengers, it can become a new art object. We will determine the fate of the cars in the Autumn together with our passengers.

In addition, two new Moskva 2020 trains have been launched on Moscow Metro. After testing and checking, the two new trains that recently arrived from the plant were launched on Line 5 (Circle Line) and Line 6 of the network.

“By the end of the year, we will launch 28 more such trains on Moscow Metro. The fleet of cars on Line 5 (Circle Line) will be completely updated,” added Liksutov.

“We plan that in the future, passengers of the Big Circle Line (Line 11) will ride Moskva-2020 trains – the most modern and silent model with an air decontamination system, and extended doors and gangways.”