New trains have entered service on two of Moscow Metro’s lines, as the network installs parcel lockers at 69 of its stations. 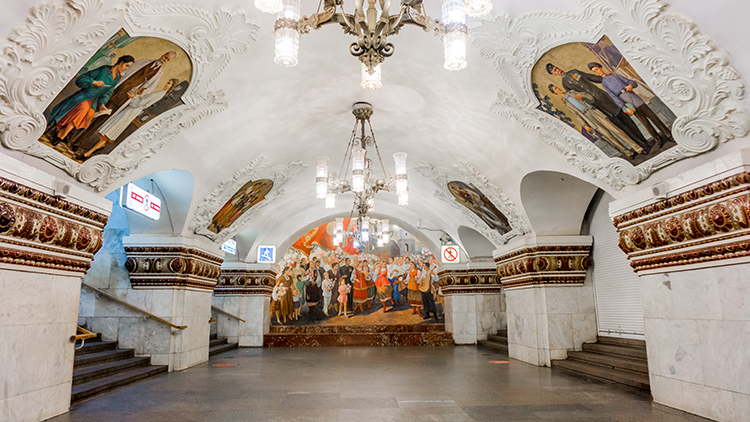 Moscow Metro has introduced four new Moskva-2020 trains into service with a brand-new design. The new trains have a white and blue livery instead of earlier black versions, and according to the operator will run on lines 5 and 6 in the Russian capital.

“By the end of the year, the Circle Line will have 12 more of these trains, meaning 100 per cent of rolling stock on the line will be made up with the new model,” he added.

The Moskva-2020 trains entered service in October 2020. Moscow Metro says the new Moskva series has wider doors and gangways and is equipped with interactive route planners, information screens and 368 USB ports – five times more than in the previous model.

In other news, Moscow Metro has also partnered Russian Post to install parcel lockers in 69 of its stations. This kind of programme is already in place on some of the world’s biggest metro systems, including Tokyo and Beijing. Moscow Metro recently launched a power bank rental project, which is currently available at 50 stations, yet the operator wants to expand this to 100 stations soon.

These initiatives are part of a growing campaign to improve passenger comfort and experience on the Moscow Metro, which is one of the world’s busiest and crucial to the smooth running of Russia’s biggest city. Moscow is looking to get back on its feet after COVID-19 restrictions eased in recent weeks, with many Muscovites returning to the Metro for the first time in many months. The operator will be hoping that the above measures as well as others will help entice passengers back onto the network and restore confidence.

Transport bodies lay out ground rules for modernisation across Europe