Transport authorities up and down the UK could be in for a cash injection to fund projects that will have “a real impact” . 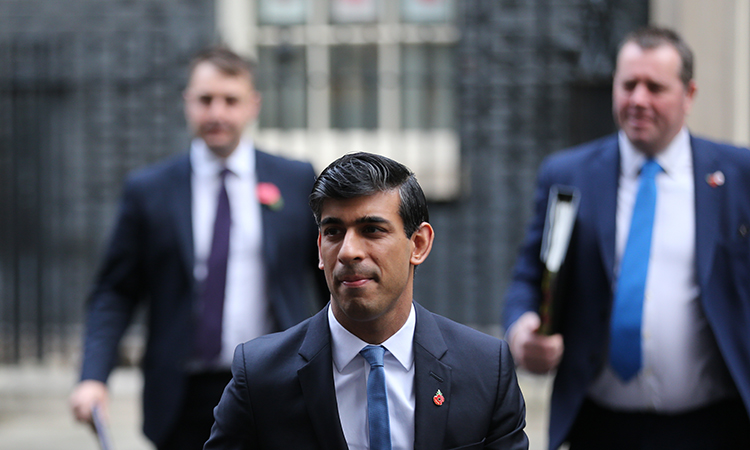 Chancellor Rishi Sunak has announced the £4 billion fund along with more cash for the transport industry in the UK.

As part of his spending review, Chancellor Rishi Sunak today announced a £4 billion “levelling up fund”, which can be spent on projects chosen by local authorities around the country, including transport infrastructure improvements.

The chancellor says that local areas will be able to bid for funding for projects which they deem important, which can include transport improvements. However, the chancellor has also confirmed that any projects must have “real impact” and be deliverable before the 2024 general election.

This new funding fits into the UK Government’s vision of improving the infrastructure of places which feel like they have been left behind by recent bouts of investment. The response from transport authorities has been positive however, with several leaders expressing hope that the funding will help develop infrastructure in their jurisdictions.

Barry White, Chief Executive of Transport for the North, said: “The Government pledged an infrastructure revolution, and it’s really promising to see some progress on that coming to fruition over the next year. Commitments to creating a UK Infrastructure Bank to be headquartered in the North; spending on rail upgrades and major roads; as well as confirmation of an electric vehicle cash injection, all signal progress in helping build back better and greener. That’s alongside an increase in departmental and capital spending.

“The £4 billion Levelling Up Fund is encouraging – Transport for the North has already put forward many shovel-ready transport projects that could be fast-tracked to create jobs in the short-term and economic growth in the long-term. However, how those projects are appraised and decided will be crucial. We need to avoid a situation where communities are stuck in a bidding cycle of competition for investment, with decisions still being made by Whitehall rather than locally.

“Today’s National Infrastructure Strategy chimes entirely with our priorities for the North – closing the economic divide; fast-tracking delivery of strategic projects; and slashing carbon emissions as quickly as possible. The projects outlined are a good start, but there’s a lot of detail on rail in the North still to come with the forthcoming Integrated Rail Plan, which we await with interest.”

Maria Machancoses, Director at sub-national transport body Midlands Connect, was equally pleased with the announcement: “The Chancellor’s statement gives a much-needed boost to the levelling-up agenda. It’s great to see the publication of a National Infrastructure Strategy that focuses on speeding up the delivery of improvements, supporting our recovery from COVID-19.

“Now is the perfect time to invest in our roads, railways and the green technology central to our carbon-neutral future. We’re committed to working with our partners and Government to ensure the improvements mentioned are implemented as soon as possible, and to ensure we secure the best possible transport deal for the Midlands.”

The response has not all been positive though. Labour has called the fund an example of “the centre handing over support in a very top-down manner”. Shadow Chancellor Anneliese Dodds said that the scheme “involves MPs going to ministers to beg for support for their areas, rather than that change being driven from local communities”.

The government has also confirmed £19 billion worth of funding for transport next year, with £1.9 billion earmarked local roads and maintenance.