TfL’s new campaign sets out clear guidance on how its customers can safely intervene if they witness incidents of sexual harassment on its public transport services. 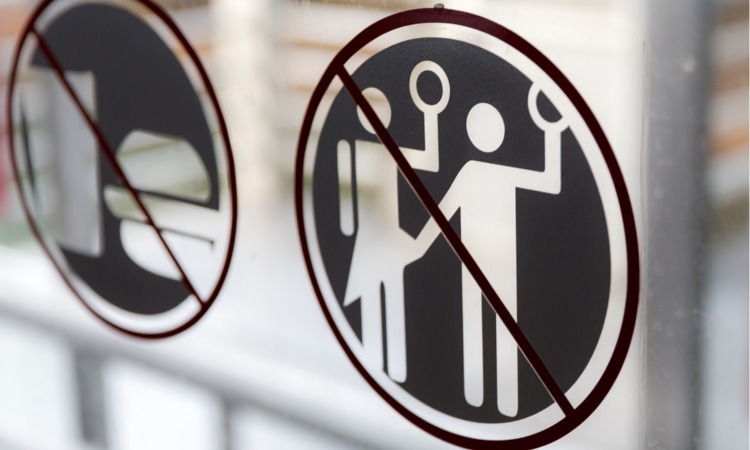 Transport for London (TfL), in partnership with the Rail Delivery Group (RDG), British Transport Police (BTP), Metropolitan Police Service (MPS) and City of London Police has announced that it has launched a new campaign to encourage a culture of active bystanders on public transport.

Through the campaign, TfL hopes to inspire Londoners to look out for others by learning to recognise the signs of sexual harassment, offering support to a person who has been targeted, and reporting any incidents.

This new campaign is one aspect of TfL’s work to ensure everyone is safe and can travel with confidence. It builds on efforts by TfL and the police to tackle sexual harassment, with 2022’s campaign highlighting various forms of sexual harassment that can take place on public transport and sending a strong message to offenders that this behaviour is not tolerated on TfL’s services.

Research from London TravelWatch in 2021 found that 63 per cent of people would feel more confident in responding to a crime if they had more information about how to help.

TfL’s new campaign sets out clear guidance for customers on how they can safely intervene if they witness sexual harassment. The following actions are highlighted by the campaign as ways customers can help, but only if they feel safe to do so:

Customers can help defuse an incident of sexual harassment by asking the person being targeted a simple question, such as “What’s the next stop?”, or “Do you have the time?”

If you see sexual harassment happening, documenting and reporting it can help build a profile of the perpetrator and help TfL and the police stop it from happening again.

Make sure they are okay

Following an incident of sexual harassment, the offer of support from a fellow customer can help the person targeted feel less isolated and more confident in reporting it. Check in with the person targeted and ask “Are you OK?”, or let them know that “What happened isn’t OK.” 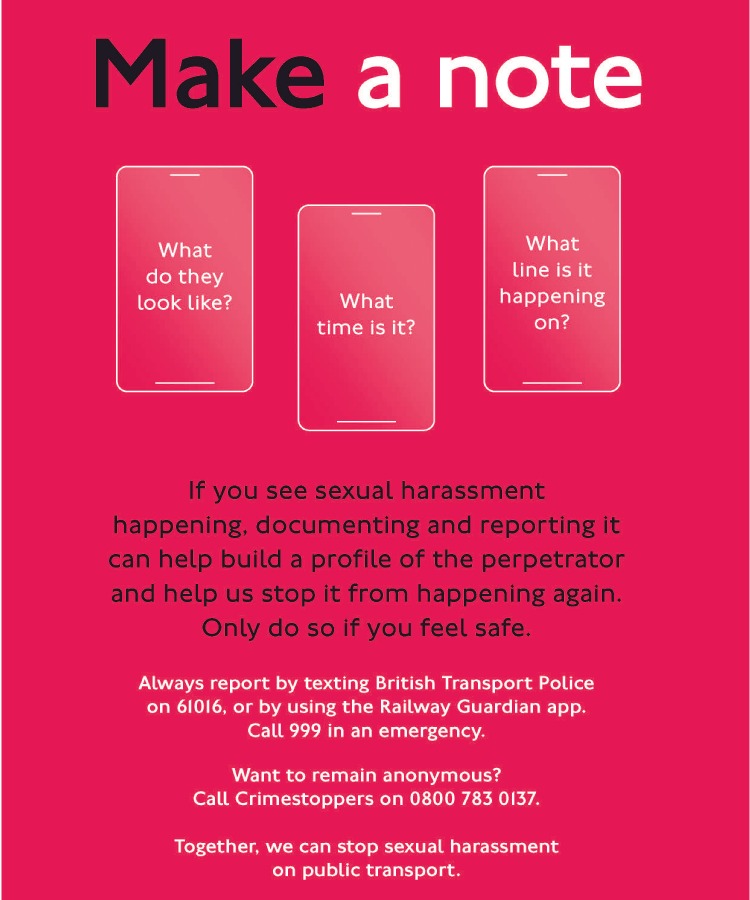 The advertising campaign, which will appear on buses and trains and at stops and stations, encourages customers to report incidents wherever possible on the bus network. The new campaign follows an instrumental report by London TravelWatch into improving personal security on London’s transport network, which recommended providing more guidance on safe actions passengers can take if they witness an incident.

The campaign has been informed by research, including focus groups, the expertise of violence against women and girls (VAWG) campaign groups and the policing sector. TfL has also worked closely with hate crime groups and will be launching a subsequent bystander campaign later on in 2023 about how customers can safely intervene if they witness incidents of hate crime.

TfL’s measures to keep everyone safe on the network include more than 2,500 police and police community support officers and 500 TfL enforcement officers on patrol, along with thousands of frontline transport workers, trained to support victims of sexual harassment present across the network, in addition to an extensive CCTV network.

In addition, transport staff, including bus drivers, are specially trained in how to support members of the public, and if they witness or are made aware of a serious incident, they will alert TfL’s 24/7 control centres and seek advice and support. Sexual harassment training is currently being rolled out to all TfL frontline staff, in line with training already received by enforcement and bus operations teams.

London’s Deputy Mayor for Transport, Seb Dance, said: “Everyone should feel safe and be safe at all times when travelling around London. That is why I welcome TfL launching this new campaign which will help Londoners to look out for each other when travelling around the city, setting out how people can safely support one another and highlighting how to report any incidents on TfL’s network. The Mayor and I are clear that the safety of women and girls is a key priority and TfL takes a zero-tolerance approach to all forms of sexual harassment on London’s public transport network.”

London’s Night Czar, Amy Lamé, said: “Well over a million Londoners work at night and rely on our public transport network after dark. London’s incredible array of hospitality and cultural venues make the capital one of the world’s most vibrant cities around the clock. This is why it is so important we all work together to ensure London is safe and welcoming at night.”

Siwan Hayward, Director of Security, Policing and Enforcement, said: “We’re not asking customers to police the network, that’s our job working alongside the police, but we do know that customers also want to look out for and support one another if something doesn’t feel right. If it is safe to do so, there are ways passengers can help if they witness someone being harassed or made to feel uncomfortable. Small actions can make a huge difference and any reports help us to take action against offenders and put the right measures in place to prevent it from happening.”