Having generated over one million journeys in Bournemouth and Poole, Norwich and the Isle of Wight since first launching in 2020, Beryl’s e-scooter schemes have been found to be amongst the most utilised in England. 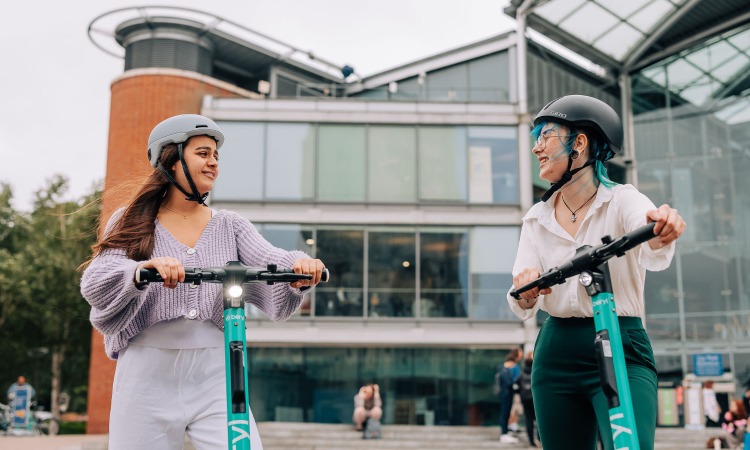 Beryl has announced that the UK Department for Transport’s (DfT) National Evaluation of e-scooter trials findings report has found Bournemouth to be the second and Norwich to be the fifth most utilised e-scooter trials out of the 32 that are being held across the country.

Since Beryl had introduced the first of its three trial schemes (Bournemouth and Poole, Norwich and Isle of Wight) in September 2020, it has generated more than 1,115,000 journeys across 3,711,749km. Feedback from users indicates that over 31 per cent of these journeys have replaced road transport journeys which, based on industry calculations, has led to a saving of nearly 50 tonnes of carbon dioxide emissions.

In addition, research from Beryl’s Annual Rider Report for 2022 also shows that the presence of e-scooters in multiple mode schemes encourages greater use of sustainable transport. Compared to 2021, riders are much more likely to try multiple modes, with the overall number of people riding bikes, e-bikes and e-scooters more than doubling from seven per cent to 15 per cent.

Beryl CEO and Co-founder, Phil Ellis, said: “What these trials have shown us is that the demand for shared e-scooter schemes is there, and that such schemes can continue to flourish alongside private ownership. By legalising their use, the government would break down further barriers to sustainable transport, making e-scooters more accessible, boost their popularity and normalise their presence on our roads. This would amplify calls for better infrastructure, which would not only improve safety, but also the perception of safety, and encourage even more people to leave their car keys at home.”

Councillor Lana Hempsall, Sustainable Transport Champion for Norfolk County Council, said: “More than one million kilometres have been travelled on the green e-scooters which are now well known across Norwich. Many of our locals and visitors have become ‘Beryl converts’, using them to make those shorter journeys to work, education and leisure, rather than taking their car. The scheme is proving to be a highly valuable tool in getting more cars off the road and helping us to achieve our targets around net zero.”

DfT’s e-scooter trials aim to inform future policy (including legislation), help gather evidence on their impacts, contribute to the understanding of the effectiveness of COVID-19 policy responses, as well as learn implementation lessons. Most trials have been extended to the end of November 2024 to allow the authority to continue gathering data beyond the timescales of this evaluation.

The Department for Transport’s report includes data collected between July 2020 and the end of December 2021. The report does not cover private e-scooter use; however, it is recognised that private use is widespread and that this may affect the perceptions of the trials on behalf of non-users and the recording of safety data.