In addition to improving the region’s air quality, Voi’s e-bike and e-scooter scheme is expected to benefit local businesses in North and West Northamptonshire by a total of £15 million by 2024. 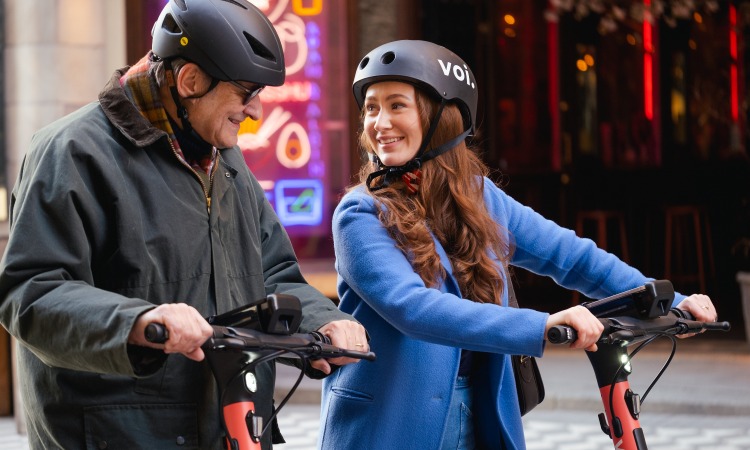 Voi Technology, together with North and West Northamptonshire Councils, has announced the extension of its e-scooter and e-bike service in the region until May 2024. The extension sees Voi’s micro-mobility operations continue in Northampton, Corby, Wellingborough, Rushden and Higham Ferrers, as well as Kettering which includes both e-bikes and e-scooters.

Nearly 3.2 million rides have taken place since the scheme had first been introduced in September 2020, making Voi an established part of the region’s transport network. According to research by Zag Daily, nearly one in 10 of the UK’s 30 million e-scooter rides have taken place in Northamptonshire, with an estimated amount of 1.5 million car journeys having been removed from the road since the scheme’s launch.

In addition, the collaboration between Voi and North and West Northamptonshire Councils has enabled green transport to prosper for the benefit of the local economy. The e-scooter industry’s first-of-a-kind independent socio-economic report, commissioned by Voi, shows that delivering a safe service that is flexible and convenient could benefit the region to the tune of nearly £15 million between 2020 and 2024.

Grace Packard, Senior Policy Manager at Voi UK and Ireland, said: “Over the last two years, Voi has collaborated closely with stakeholders, including the Northamptonshire Police and West and North Northamptonshire Councils, to increase public confidence in using e-scooters and e-bikes to such an extent that the scheme has quickly become an important part of the region’s fabric and one of the most popular in the UK. However, we won’t rest on our laurels. Delivering a safe service, which is convenient, green and a great alternative to the car remains our number one priority. “

Councillor Phil Larratt, Cabinet Member for Environment, Transport, Highways and Waste at West Northamptonshire Council, said: “We feel that the trial has been a continued success for the environment over the past two years and continues to evolve and increase in popularity as residents look at more convenient and eco-friendly ways to get around. However, we recognise the concerns of residents regarding scooters being ridden inappropriately and on footpaths, as well as being parked on footways, obstructing pedestrians. We will continue to work with Voi over the extended period of the trial to overcome these concerns.”

Councillor Graham Lawman, North Northamptonshire Council’s Executive Member for Highways, Travel and Assets, said: “As part of agreeing to the extension until May 2024, we have worked with Voi towards additional safety measures, so I would like to take this opportunity to remind users to remain safe whilst out and about, especially over the winter months and with the shorter days. Included in this is easier reporting of e-scooter misuse, so I would urge people to do this through the company’s webpage.”