Voi’s latest report finds that its shared e-scooters are on track to provide an estimated £37 million boost to the UK high street in 2022, helping support up to 1,400 jobs. 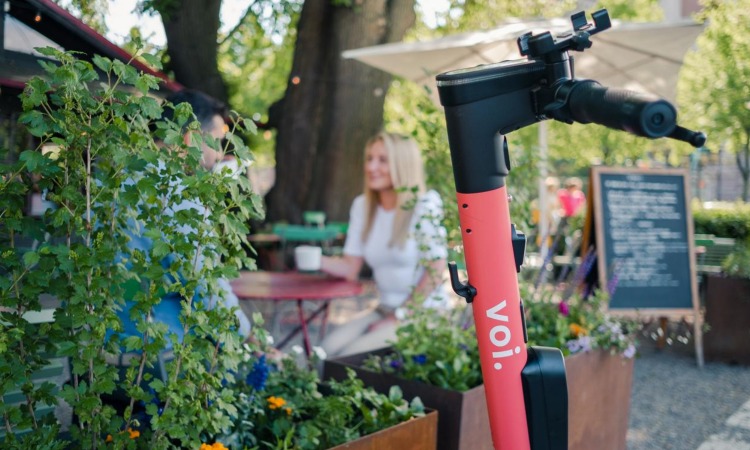 Voi Technology has announced that its shared e-scooter schemes are helping boost local economies in UK towns and cities by an estimated £53 million annually, supporting up to 1,400 jobs, according to the first independent report into the economic impact of the micro-mobility industry.

The report, carried out by Volterra Partners and commissioned by Voi, found that shared e-scooters enable more high street visits, while also bringing shoppers and visitors back from retail parks and online shopping to city and town centres in the areas that it operators in.

Voi’s shared e-scooters can be found in 17 towns and cities across the UK, including Bristol, Birmingham, Liverpool, Oxford and Southampton. In the two years since the rental trials launched, Voi riders have taken over 16 million trips – amounting to 24 million miles. By the end of 2022, it is estimated that Voi’s presence will have removed at least 6 million independent car trips from the road.

Despite the rise of online retail over the past few years, which had been accelerated by COVID-19, Voi’s shared e-scooters have helped to get people out of their homes and bring them back to the high street. In particular, the research shows that e-scooters are helping to boost food and drink spending at cafes, pubs and restaurants by more than a third (36 per cent). When it comes to food and beverage spending alone, Voi’s e-scooters are expected to lead to a £106 million boost during the four-year trial period, rising to £1.2 billion over the next 60 years in these areas.

Furthermore, an estimated £8.7 million is expected to be re-distributed to the high street from out-of-centre retail parks and online shopping in 2022 due to Voi’s e-scooters, as up to 0.7 per cent of all shopping trips in the trial areas are estimated to be facilitated by shared e-scooter rides.

Over a 60-year-period, this works out to £246 million redistributed in total. By the end of 2022, Voi riders will spend an estimated £37 million at retail locations on high streets. Whilst local high streets and businesses will be enjoying the impact of shared e-scooters, the increased costs are being shared across cities. According to Voi’s annual rider survey, without the availability of an e-scooter, 36 per cent of respondents said that they would have either shopped online or gone elsewhere. While 47 per cent of users say that Voi has allowed them to visit places in the city that they previously have not visited.

The research has also found that e-scooters have become particularly important for people from low-income areas with nearly one-quarter (24 per cent) of all Voi trips starting and ending in the country’s most deprived areas. In addition, with 30 per cent of trips being used for commuting, e-scooters are having a positive impact on improving access to employment.

In addition, journeys taken by e-scooters instead of cars could result in up to £82 million in savings through reducing traffic and maintenance costs (decongestion benefits), if the shared schemes are made permanent beyond 2024.

Matthew Pencharz, Head of Policy in the UK and Ireland at Voi, said: “This research gives us evidence that we are achieving what we set out to do at Voi – creating cities made for living by encouraging people to get out of their houses and cars and experience their local areas – and at the same time reducing the harmful effects of powering transport with fossil fuels. We’re only scratching the surface of what is possible with micro-mobility in the UK. Hopefully, more people will get to enjoy the economic and sustainability benefits of shared e-scooters beyond 2024.”