Voi’s expansion to Bristol’s outskirts will help improve transit equity in some of the most deprived neighbourhoods in the city, providing residents with more transport options while enhancing access to employment opportunities. 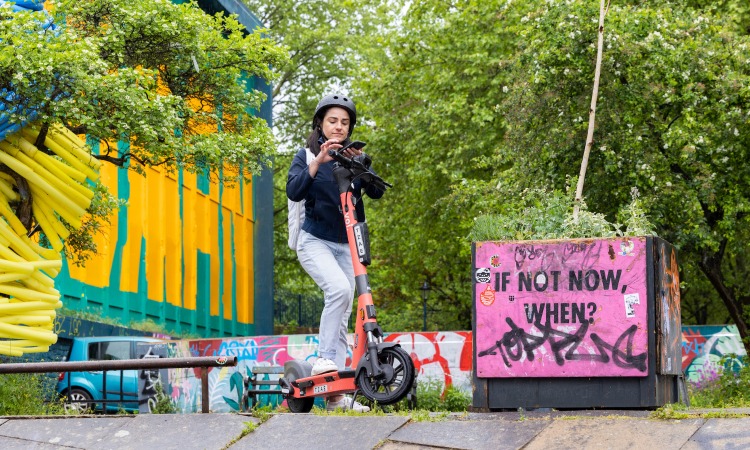 Voi Technology has announced that the communities of Hartcliffe, Hengrove, Stockwood and Whitchurch in Bristol can now benefit from sustainable travel, as it expands its e-scooter operating area to the outskirts of the city.

This means that almost the entirety of Bristol is fully accessible to Voi riders – from Avonmouth, Cribbs Causeway, to the city centre, and now the south of the city – as the operating area expands to now cover 147km2 (or nearly 60 square miles).

According to an independent socio-economic report, commissioned by Voi, the scheme has now become an important part of the city’s fabric, contributing an estimated £43 million between 2020 and 2024 to the local economy – including over £13 million in 2022 alone. The report estimates that nearly £20 million will also be spent on Bristol’s high street as a direct result of people’s ability to access the convenience of e-scooters during the same period.

The expansion to the city’s outskirts in the south will help bring equity to some of the most deprived neighbourhoods in Bristol as Voi’s e-scooters have helped increase access to employment, according to the report. It has also found that nearly one-quarter (24 per cent) of all Voi trips start and end in the country’s most deprived areas. Bristol residents have also come to rely on the convenience Voi’s service for their daily commute, as just under two-thirds (60 per cent) of all morning e-scooter trips in Bristol end in the top 10 per cent of the most employment-dense locations in the city.

This expansion is the latest development in Voi’s commitment to strengthening its presence in Bristol. Rolling out the latest e-scooter in the V5, combined with the expansions to the north of the city in summer 2022, Bristol continues to be one of the most popular schemes in Europe with 7.5 million rides since launching in 2020 and as a consequence, replacing an estimated three million car journeys.

Councillor Don Alexander, Bristol City Council’s Cabinet Member for Transport, said: “Bristol is already the most popular city in the UK for Voi e-scooters with an estimated three million car journeys replaced to date. This further expansion into south Bristol will boost transport options for even more people across our city and help deliver a modern, sustainable transport mix for Bristol.”

“We’re delighted our service is expanding to include communities in the south of Bristol. Voi provides an essential service to people which is now available to everyone across Bristol, helping them to travel to and from work, see their friends and family, and visit local amenities,” said Sam Pooke, Voi’s Senior Public Policy Manager for UK and Ireland. “We’ve worked closely with Bristol City Council, the West of England Combined Authority and the local community to ensure more people can access the benefits of Voi’s shared e-scooters across the city.”