As part of the virtual reality testing, a group of blind and partially sighted individuals will be immersed into a 360 degree environment and will provide feedback on the suitability of three potential e-scooter sounds. 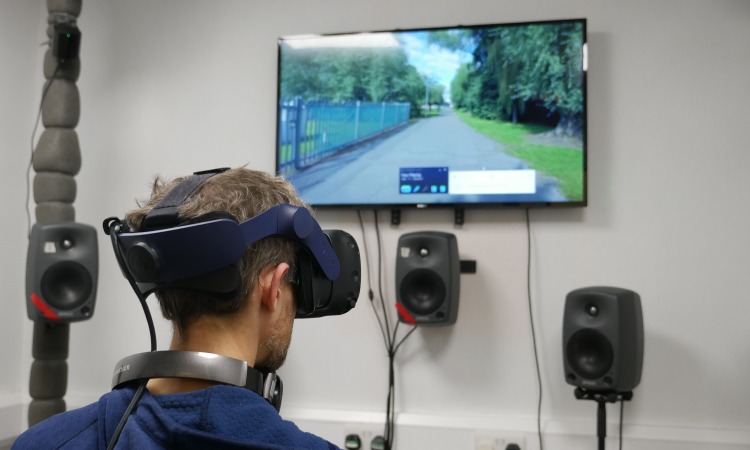 Dott has announced that it is testing a selection of e-scooter sounds, developed by researchers at the University of Salford and in partnership with the Royal National Institute for Blind People (RNIB).

The first of its kind tests mark the next phase of a project which has so far resulted in the development of three potential sounds to increase awareness of e-scooters for people with visual impairments, without contributing to noise pollution.

Wearing a virtual reality headset, participants will be immersed into a 360 degree environment, featuring simulations of e-scooter riders in different scenarios. Working with RNIB, a group of people, including blind and partially sighted, will be asked to identify when they are first aware of the e-scooter, and provide feedback on the suitability and preference of the three sounds.

The tests will take place in a laboratory in London, before being repeated in Italy, Sweden and Spain in collaboration with blind associations across Europe. The trials in different countries will ensure international relevance with the aim of creating a global standard for an e-scooter sound.

TIER, Lime and Dott partner with UCL to develop universal sound for e-scooters

Dr Antonio J Torija Martinez, Principal Investigator at the University of Salford, said: “We are testing a series of carefully designed e-scooter sounds to find the right balance between maximum vehicle noticeability and minimum noise pollution. Using virtual reality to create immersive and realistic scenarios, in a safe and controlled laboratory environment, will allow us to achieve robust results. By working closely with the RNIB and blind associations across Europe, we can ensure that the sound we develop is the best fit for their needs.”

Robin Spinks, RNIB Head of Inclusive Design, said: “Light electric vehicles emit virtually no sound. Imagine for a second how terrifying this could be if they are used irresponsibly for someone with little or no sight. We’re working with multiple stakeholders across the transport industry to bring about sustainable improvements in safety, perceivability and awareness. Operators, researchers, and regulators must all collaborate to ensures a more inclusive urban environment for all.”

Henri Moissinac, Co-Founder and CEO of Dott, said: “Our vehicles are transforming cities by providing efficient transport which is free from both air and noise pollution. It’s important that our vehicles not only work for our users, but are respectful to all other city residents. The development of an industry standard e-scooter sound, which can be detected by those that need it but without being intrusive, could greatly improve the experience for some of the most vulnerable road users.”

Following the virtual reality phase, the sounds will be tested on the streets of London and across Europe, to validate the laboratory setting findings.