With seven new docking stations now available in Southwark, the Santander Cycles scheme’s expansion in the borough will enable more Londoners to access bikes across the capital, building on the scheme’s continued success. 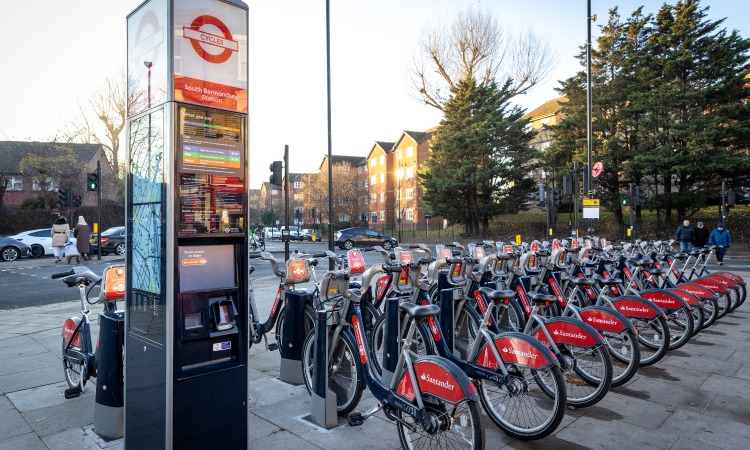 Transport for London (TfL) and Southwark Council have announced that they have expanded the capital’s record-breaking Santander Cycles scheme in the borough, with seven new docking stations now open for local residents and visitors.

The expansion of the scheme will allow more people in Southwark to explore London in an affordable way that supports their physical and mental wellbeing, while helping to cut air pollution and protecting the local environment. The new stations also enable people from across the capital to now end their journeys in Bermondsey and Walworth.

TfL data shows that the Santander Cycles scheme has gone from strength to strength in recent years and continues to see record hire numbers, with 2022 set to be a record year for the scheme. In total, 11 million hires have been made across the year so far, with hires at 11 per cent higher than the pre-pandemic level as of late September 2022. Every month from August 2021 to August 2022 has also recorded the highest number of hires for the corresponding month in previous years.

In October 2022, Santander and TfL launched the scheme’s first e-bikes, which are now available to hire as part of an expansion of the scheme’s offering to its customers. The e-bikes have supported the scheme’s continued success and have helped break down the barriers that stop some people from cycling, including fitness, age and journey length. The introduction of e-bikes has added to the scheme’s popularity, with more than 100,000 hires now made.

London’s Walking and Cycling Commissioner, Will Norman, said: “We are continuing to make active travel around the city as accessible and safe as possible, so I’m delighted to see these new docking stations in Southwark now open for local residents and visitors to enjoy. This comes hot on the heels of another great year for the scheme, which has also seen the introduction of fantastic new e-bikes.”

David Eddington, TfL’s Head of Cycle Hire, said: “Santander Cycles plays a vital role in connecting communities across London and we’re always looking at how we can expand and improve it to ensure we’re helping as many communities as we can. The docking stations will make it easier for people to cycle as part of their everyday routine, whether it’s commuters heading to and from the office, or visitors travelling around our city. Through the expansion of the scheme, we hope to encourage even more Londoners to take up cycling, improving their wellbeing and London’s air quality and tackle congestion.”

Councillor Catherine Rose, Southwark Council’s Cabinet Member for Leisure, Parks, Streets & Clean Air, said: “We are happy to see that our campaigning and collaboration with TfL has brought seven new Santander Cycles docking stations to Southwark. They are already well used and are helping people to travel both locally and across town, in a way that improves their physical and mental health. The bikes also provide low cost travel and support improved air quality, here in Southwark.”