Since first being launched in December 2012, more than 2.5 billion TfL bus journeys have been made using pay as you go with a contactless bank card, mobile or smart watch. 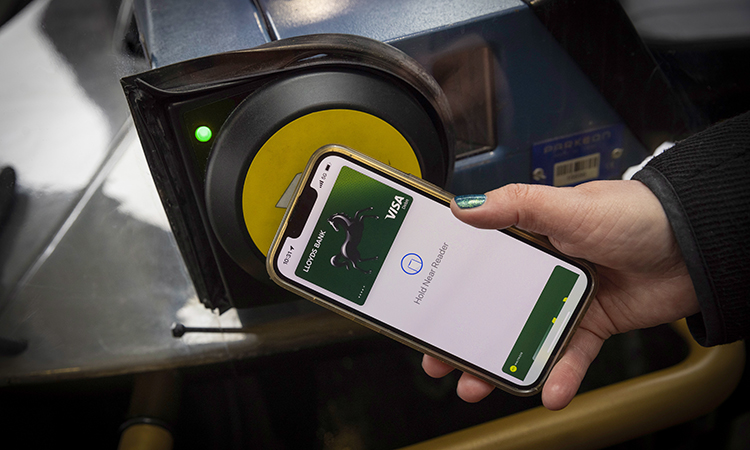 Transport for London (TfL) has announced that it is marking 10 years since contactless payment using a bank card had first been introduced as a new way to pay on London’s buses, making it easier and more convenient for millions of customers.

The system, which evolved from TfL’s successful Oyster card system, allows customers to benefit from the ease and convenience of using their contactless bank card or mobile device, rather than having to pre-purchase anything. The system also allows for daily and weekly capping, meaning that customers never pay more than the equivalent 7 Day ticket.

On its first day, only 2,061 customers made 2,586 bus journeys using contactless bank cards, although this was impressive given how few of the cards were in general circulation. Since then, the popularity of contactless, both as a means to pay generally and also as a method of paying for travel, has risen exponentially.

Following the pandemic, bus ridership is now at around 80-85 per cent of pre-pandemic levels, with more than five million journeys a day being made and around 1.7 million of those made using pay as you go with contactless. Around 70 per cent of all pay as you go journeys on buses are made using contactless payment cards or mobile devices. The most popular bus route for contactless use is route 149 from London Bridge to Edmonton, with around 100,000 contactless taps a week.

In September 2016, the introduction of the Mayor’s ‘Hopper’ fare helped further increase contactless use. Since then, more than 770 million Hopper fare journeys have been made using contactless payment and Oyster cards on buses and trams across London.

Seb Dance, Deputy Mayor for Transport, said: “I’m pleased we are celebrating 10 years of contactless payment being available on London’s buses. This system has helped to continue to make bus journeys easier and more convenient for millions of Londoners and visitors to our city.”

Andrew Anderson, Head of Customer Payments at TfL, said: “We’re delighted to be celebrating the 10-year anniversary of contactless payment on buses. The introduction of contactless was an important moment for TfL and it’s incredible how fast the last 10 years have flown by. From humble beginnings, it has transformed the way our customers travel and is now the most popular way to pay as they travel in London.”

Norman Baker, Director of External Affairs at Campaign for Better Transport, said: “Contactless is the way forward and TfL has led the way. It is undoubtedly the case that the introduction of contactless, following on from the hugely successful Oyster card, will have pushed up the numbers using public transport, which is exactly what we at Campaign for Better Transport want to see.”

Joanna Davidson, CEO for London TravelWatch, said: “We can barely remember a time when you couldn’t touch in with your bank card on a London bus. That shows just how transformational contactless has been for millions of Londoners – we think that anything that makes life easier for people to get around the capital is a real positive.”