New figures from Transport for London reveal that more than a third of all adult contactless pay as you go journeys on the London Underground are now being made using a mobile device. 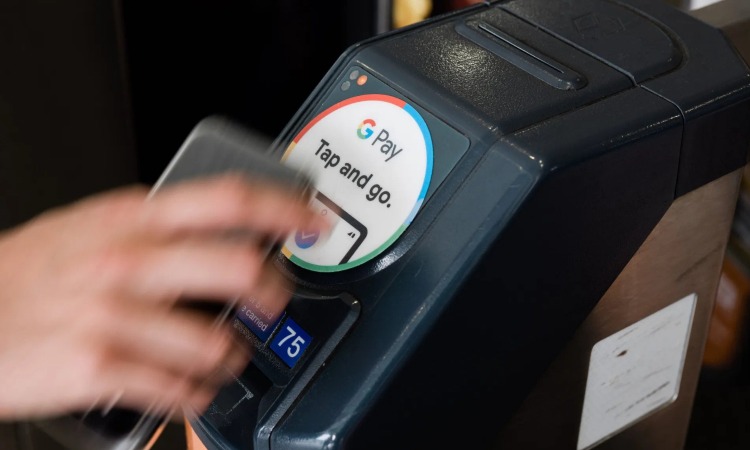 More people are making pay as you go payments via a mobile phone or smart watch to travel on the London Underground than they were prior to the pandemic, reveals new analysis by Transport for London (TfL).

The popularity of pay as you go with contactless has grown in recent years, particularly with customers using mobile devices as more people adopt the latest smartphone technology. Across London, contactless journeys now make up around 71 per cent of all pay as you go journeys on buses, Tube and rail services in and around London, up from around 31 per cent in 2016.

The contactless system covers all Tube, bus and tram services, as well as rail services as far as Gatwick Airport in the south, Luton Airport, Welwyn Garden City in the north and Reading, Marlow and Henley-on-Thames in the west. It can also be used on the Uber Boats with Thames Clippers and the IFS Cloud Cable Car.

By automatically working out the correct fare for customers and only then charging the total at the end of the day, customers can also save money compared to buying a Day Travelcard, helping them to travel around London more affordably. Despite the growth in contactless on the Tube, thousands of paper tickets are still being sold every day in Tube stations.

In order to encourage customers to avoid queueing and move from paper tickets to more convenient, smarter ticketing, Google Pay has recently begun a six month campaign across five of London’s most high profile Tube stations. Within these stations, customers will see signage prompting them to add a debit or credit card to their Google Wallet. Signage on ticket readers at Tube stations across the network have also been refreshed to better emphasise contactless options alongside the traditional Oyster card.

Andrew Anderson, Head of Customer Payments at TfL, said: “We are committed to making travel in London as easy as possible. Millions of journeys in and around London are now made using contactless every day – with close to half a million now made using mobile devices rather than a bank card. Working with Google Pay, we are helping promote the benefits of smart ticketing over queuing to purchase traditional paper tickets, making travel more convenient and accessible for all.”