With the new station agent role to be phased out across the subway system in early 2023, agents will no longer be limited to assisting customers from booths and will instead meet and support riders throughout the stations. 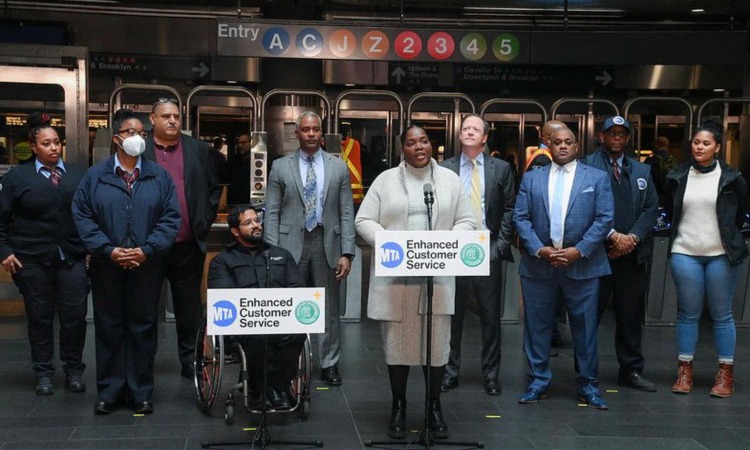 The Metropolitan Transportation Authority (MTA) and Transport Workers Union (TWU) Local 100 have announced a landmark agreement upgrading the future role of station agents in the subway system, in order to enable them to better support customer service needs more effectively in stations.

In recognition of the changing environment at subway stations, station agents will shift from working exclusively in booths to performing core customer service functions throughout the station, including at turnstiles, MetroCard machines and on platforms.

The role of the ‘booth-oriented’ station agent dates to the era of tokens, and this agreement represents a modernisation of the role, bringing agents out of booths to better serve the needs of customers in a 21st century station environment.

“Providing the best possible experience for customers is our North Star at New York City Transit,” said NYC Transit President Richard Davey. “To customers, station agents often represent the face of the transit system, dating back to the era of token booths. By enhancing the station agent role, the era of customer support being offered only through a glass wall has gone the way of the token itself, and agents will be able to connect directly with the riders they’re serving.”

“Improving the customer experience is a top priority across the MTA,” said MTA Acting Chief Customer Officer Shanifah Rieara. “Improving the ability of station agents to be where customers are and enhance their experience throughout stations has been a long-standing goal of the MTA, and this unprecedented agreement responds to the changing needs of customers with the roll-out of OMNY while maintaining these critical positions in the transit system.”

“This is about protecting the employment of station agents, so they can continue to take care of their families,” said TWU Local 100 Vice President Robert Kelley. “We can’t sit back and watch our members get phased out along with the MetroCard. We are forging a new path with a new role that makes their presence in stations even more vital.”

The new station agent role will provide customer support out-of-booth through wayfinding throughout the transit system; assistance for customers with disabilities and seniors; assistance at fare machines; enhanced customer service during service disruptions and major planned changes; OMNY guidance and information, including conversion and use; timely reporting of any issues related to customer amenities, including lifts, escalators, digital signage, Help Points, and turnstiles; maintenance of a safe and clean customer environment and reporting of quality-of-life issues.

Diverse and inclusive workplaces are essential to driving employee commitment