With the activation of the two Bronx routes, MTA will have 243 buses equipped with automated bus lane enforcement cameras on 11 routes across Brooklyn, Manhattan, the Bronx, Staten Island and Queens. 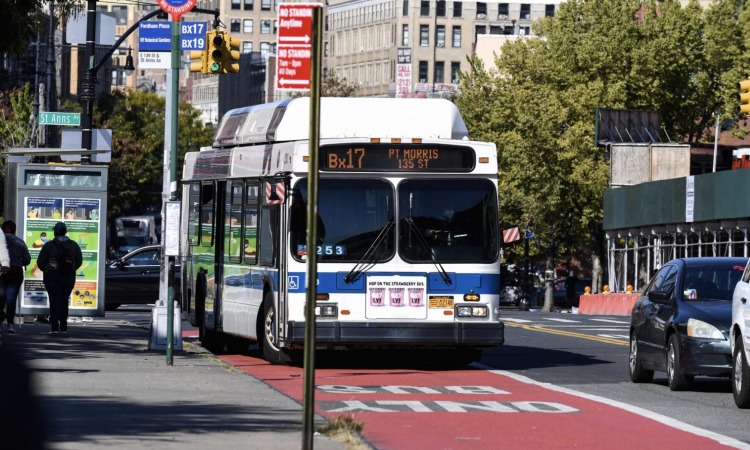 The Metropolitan Transportation Authority (MTA) has announced that it has activated automated bus lane enforcement (ABLE) cameras on two bus routes in the Bronx, the Bx12 and Bx41, with the Bx19 to be activated in the coming days. This roll-out is part of a recent announcement made in October 2022 of equipping 300 additional buses with ABLE cameras across nine routes. The announcement brought ABLE cameras for the first time to Queens, with the Q44; Staten Island, with the S79; and now the Bronx.

ABLE cameras capture drivers violating busway and bus lane rules in real-time. The implementation of these cameras is aimed at deterring motorists from blocking bus lanes, to improve bus service and ensure a smoother commute for customers.

Upon implementation of ABLE cameras, the New York City Department of Transportation (NYC DOT) will issue warning notices to motorists for the first 60 days, in accordance with state law, to ensure drivers are informed about the programme before any fines are given. Each bus lane corridor with ABLE camera coverage has signage indicating the hours that the bus lanes are operable and advises drivers that the lanes are camera-enforced.

“We are on track to install these automated enforcement cameras across 300 buses, covering nine additional routes by the end of the year (2022),” said New York City Transit Department of Buses Senior Vice President Frank Annicaro. “When buses navigate city streets more easily, all our customers win. Automated camera enforcement is among the best ways to make that happen. These on-board cameras enable the MTA to enforce our bus lanes and is a proven and effective tool to increase compliance of the bus lanes.”

New York City Department of Transportation Commissioner Ydanis Rodriguez said: “These bus-mounted cameras will help keep bus lanes clear for the 85,000 daily bus riders travelling on Fordham Road – many of whom are essential workers. We thank the MTA for their collaboration and look forward to the continued expansion of the ABLE system.”

With the activation of the two Bronx routes, MTA will have 243 buses equipped with ABLE cameras on 11 routes across Brooklyn, Manhattan, the Bronx, Staten Island and Queens. The remaining routes will be rolled out by the end of 2022. Locations have been determined to maximise the length of bus lanes covered, balance distribution between boroughs, address some of the newer bus lanes and incorporate input from MTA and NYC DOT on known locations with issues.