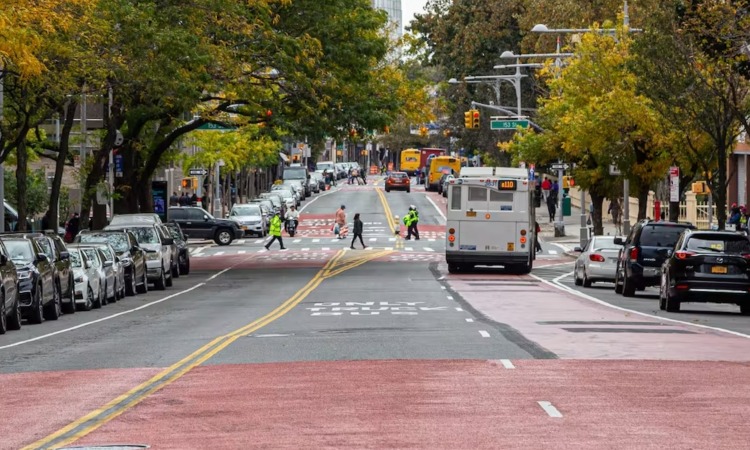 The New York City Department of Transportation (NYC DOT) has announced that work has begun on new bus priority lanes along Northern Boulevard in Queens, the latest project in the Adams Administration’s continuing collaboration with the Metropolitan Transportation Authority (MTA) to improve city-wide bus services.

In addition, NYC DOT has announced that bus lane pilots installed during 2021 along 181st Street, in Manhattan’s Washington Heights, and along Jamaica Avenue and Archer Avenue in Queens will become permanent.

“We are working every day to achieve the Adams Administration’s ambitious commitment to deliver an unprecedented number of bus lanes,” said NYC DOT Commissioner Ydanis Rodriguez. “The changes to Northern Boulevard will not only make bus service faster and more reliable to thousands of riders, but they will also help us make this street much safer, enabling us to meet our Vision Zero goals. We understand that strong bus infrastructure is a necessity; that is why we have also made busways permanent on three critical arteries in Manhattan and Queens.”

The project will compliment a series of pedestrian safety improvements that NYC DOT had previously installed along the corridor, including pedestrian islands, Lead Pedestrian Intervals and painted kerb extensions. The benefits of this design will:

NYC DOT expects to finish the Northern Boulevard bus priority project in spring 2023. In 2022, the agency has completed 6.7 miles of bus lane projects, finishing 1st Avenue in Manhattan recently. It is also continuing work on bus priority projects along Westchester Avenue near Pelham Bay Park Station and University Avenue north of Tremont Avenue in the Bronx.