This latest instalment of 300 cameras will expand bus enforcement technology to all boroughs across New York City, covering approximately 50 per cent of bus lane miles across the region. 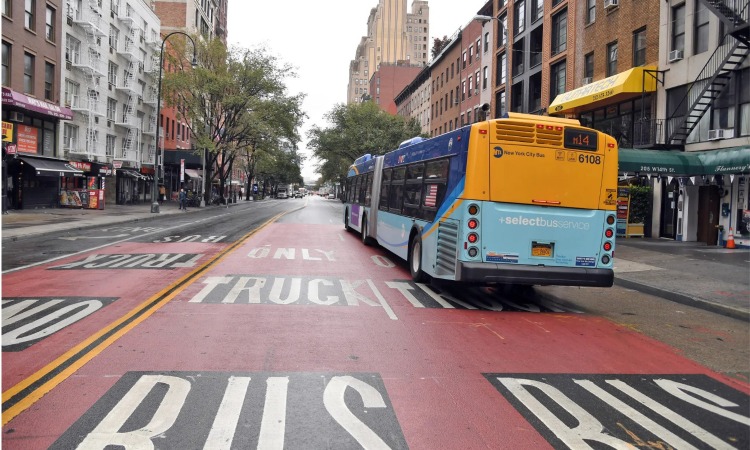 The Metropolitan Transportation Authority (MTA) has announced that an additional 300 buses across nine routes in Staten Island, the Bronx, Queens and Brooklyn will have automated bus lane enforcement (ABLE) cameras by the end of 2022 to capture drivers violating busway and bus lane rules in real-time. ABLE cameras are an essential tool to keep bus lanes clear of vehicles and buses on schedule for more consistent and reliable service.

Currently, there are 123 buses equipped with ABLE cameras on seven routes across Brooklyn and Manhattan. This latest instalment of cameras will expand bus enforcement technology to all boroughs and cover approximately 50 per cent of bus lane miles across the city.

MTA and the New York City Department of Transportation (NYCDOT) have agreed to expand camera enforcement to cover up to 85 per cent of existing bus lanes by the end of 2023. In order to reach this goal, the authority plans to add 600 new cameras by the end of 2023. In addition, NYCDOT’s fixed cameras will work in collaboration with these bus cameras to reduce the number of illegal cars and other vehicles in bus lanes.

“Improving the bus network must be at the top of the MTA agenda,” said MTA Chair and CEO Janno Lieber. “We have made tremendous progress over the last few years with new strategies designed to speed up our buses, and now we are doubling down by using technology to clear our bus lanes so MTA buses can keep moving.”

“We have seen how effective ABLE cameras are on the existing bus lanes,” said New York City Transit President Richard Davey. “Based on our recent customer survey, wait time and service reliability are two very important factors for our customers. Bus service delivery has been above 95 per cent for the past three months. With the installation of these ABLE cameras, customers who travel on these routes can look forward to a faster commute.”

“Increasing bus speeds is a win for all New Yorkers, and bus lane cameras are an incredibly effective tool to keep lanes clear and change driver behaviour,” said New York City Transit Department of Buses Senior Vice President Frank Annicaro. “We hear from our customers and Bus Operators all the time that buses get stuck in traffic due to vehicles blocking our lanes. So, if you’re a motorist, consider this your warning – bus lanes are for buses. Avoiding a ticket is easy, just stay out of the bus lane.”

Locations for the remaining routes have been determined to maximise the length of bus lanes covered, balance distribution between boroughs, address some of the newer bus lanes and incorporate input from MTA and NYCDOT on known locations with issues.