In line with its commitment to enhance the safety of the public transit network, the new funding will enable MTA to purchase and install over 5,000 new cameras, as well as expand security coverage in 130 subway stations. 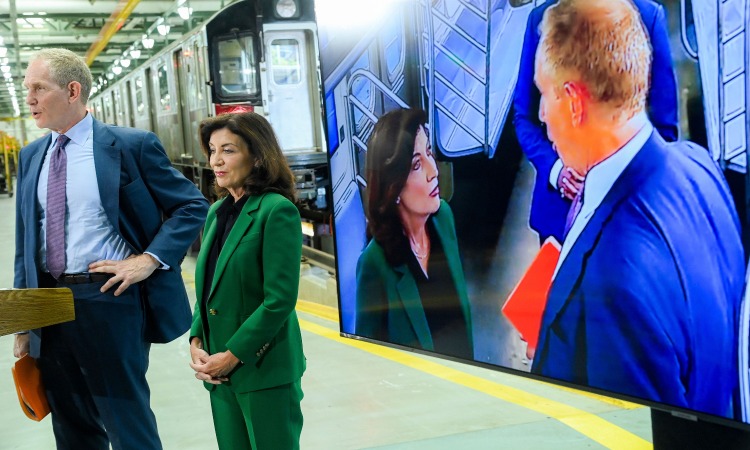 The Urban Area Security Initiative is a programme under the U.S. Department of Homeland Security Preparedness Grants. The funding will enable the purchase of 5,400 cameras to be installed on 2,700 NYCT subway cars, two per car. Additionally, it will fund approximately 3,800 cameras expanding coverage in approximately 130 subway stations.

“My number one priority as Governor is keeping New Yorkers safe,” Governor Hochul said. “I am proud that we will be installing cameras on all subway cars – expanding our security capabilities, deterring crime and providing our law enforcement with support. As we continue welcoming riders back to the transit system, we will continue doing everything in our power to keep riders safe.”

The funding will further strengthen NYCT’s existing security network of more than 10,000 cameras across all 472 subway stations. The new funding covers the cost of camera installation on 6,355 cars, allowing MTA to fully outfit every subway car with cameras – supplementing an existing camera pilot programme that includes 200 cameras in 100 subway cars.

In addition, funding from the Subway Action Plan totalling $3.5 million will enable the purchase of 7,310 cameras on 3,655 cars, two per car. The total funding to complete the installations equals $5.5 million. When installation begins an additional 200 train cars per month will have cameras installed until the entire subway car fleet is camera-equipped, which is anticipated to occur sometime in 2025. When new R211 subway cars are delivered starting in early 2023 they will already be camera-equipped.

MTA Chair and CEO Janno Lieber said: “As I’ve said many times before, those who commit crimes in the transit system will be identified and brought to justice. Riders should know we’ve got their back for their entire journey and this significant upgrade – made possible by new dollars from Governor Hochul – is a great step towards reinforcing New Yorkers’ confidence in mass transit safety.”

New York City Transit President Richard Davey said: “It’s been proven time and time again that cameras in the transit system help fight crime throughout the whole city, not just on the subway. Expanding the camera network will serve to deter those who are intent on committing a crime from entering the transit system.”

MTA Chief Safety & Security Officer Patrick Warren said: “Cameras are an extremely effective tool in solving investigations and in deterring crime. Public and employee security and safety are priorities at the MTA and we consistently work towards implementing and improving measures that support these priorities. This grant is an important step forward supporting our safety and security efforts.”