In addition to setting out its path to financial sustainability, TfL’s latest Business Plan will focus on delivering key improvements across London’s road and rail network, while achieving its climate action targets. 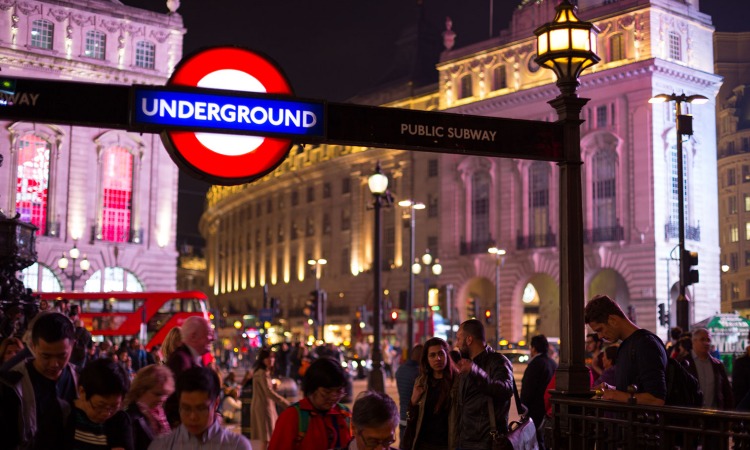 Transport for London (TfL) has announced that it has published its latest Business Plan, setting out how it will support London’s economic recovery and become more sustainable whilst achieving operational financial sustainability by 2023/24.

Across the plan, £8.1 billion will be invested in London’s road and rail network, as well as funding to boroughs provided for investment in their streets. The total investment in safe and active travel, across both operating and capital expenditure, will average £150 million per year across the Business Plan. This will allow further delivery of the capital’s strategic cycle routes, as well as the delivery of new cycleways and safer junctions to make London’s major roads safer and more attractive for those walking and cycling.

Furthermore, the plan will see the delivery of the London-wide Ultra Low Emission Zone (ULEZ) to further tackle the triple challenges of air pollution, the climate emergency and congestion. This will be supported by a £110 million scrappage scheme, as well as the expansion of outer London’s bus network.

The plan will also see TfL become the ‘green heartbeat’ for London, supporting the Mayor’s ambition for a net zero-carbon city by 2030. Additional funding has been allocated to embed action on environment in TfL’s work, including to cut and adapt to the impacts of climate change on London’s public transport network. The plan also keeps the pathway open to London’s bus fleet transitioning to zero-emission by 2030.

In order to encourage customers back, TfL will also be investing in its infrastructure to keep services safe, clean and reliable, as well as delivering a range of improvements to London’s Tube, bus and rail network. This includes investment in the development of new trains to replace the ageing Piccadilly line fleet and a new fleet for the Docklands Light Railway.

As part of this, new signalling on the Circle line has now been delivered, and TfL will complete the remainder of the Four Lines Modernisation programme – delivering more frequent, reliable and faster journeys to the District, Hammersmith & City and Metropolitan lines. The project to modernise and expand Bank station will also be completed, transforming customer journeys at the heart of the city.

The plan prioritises projects that will be financially viable within three to five years, and includes energy efficiency projects, which will further reduce TfL’s operating costs and contribute to meeting London’s environmental goals. TfL will also continue the work of becoming a more diverse and inclusive organisation and one that invests in staff welfare and facilities to ensure that it remains an attractive place to work.

Investing in new trains and signalling will create jobs and investment across the UK and help to grow the wider UK economy. To do this, long-term certainty on Government funding is needed past the current funding agreement to April 2024.

“Following tough negotiations and my commitment to prioritise funding for London’s vital public transport, TfL is on track for financial stability, ridership across the network is increasing and there have been major improvements to the capital’s public transport network,” said the Mayor of London, Sadiq Khan. “It is clear there are many challenges ahead, but TfL’s Business Plan sets out how London’s world-class public transport network will continue to contribute to a better, greener and fairer city for all Londoners.”

London’s Transport Commissioner, Andy Lord, said: “This plan shows how we will work to achieve our vision of being the green heartbeat of London, and how we will continue on the path to financial sustainability whilst delivering real and vital improvements for the city. It will deliver new trains for the DLR and the Piccadilly line, new cycleways, the new Thames crossing at Silvertown, safer junctions, an expanded Ultra Low Emission Zone and a new expansion of the bus network in outer London to support growth.”

In this Business Plan, TfL’s savings target is increasing to a total of £1 billion recurring savings, meaning a further £600 million per year needs to be delivered by 2025/26. This will be delivered through a focus on improving efficiencies, driving improvements where possible for TfL colleagues, and an approach to continuous savings, including working together with TfL’s supply chain to make further efficiencies.

The draft TfL Business Plan will be considered by the TfL Board on 7 December 2022.