Combined with the 36 ultra-low emission buses that are arriving into Arriva Leicester’s fleet in December 2022, the launch of these new electric double deckers will mean that half of the city’s bus travel will be on electric vehicles by the end of 2023. 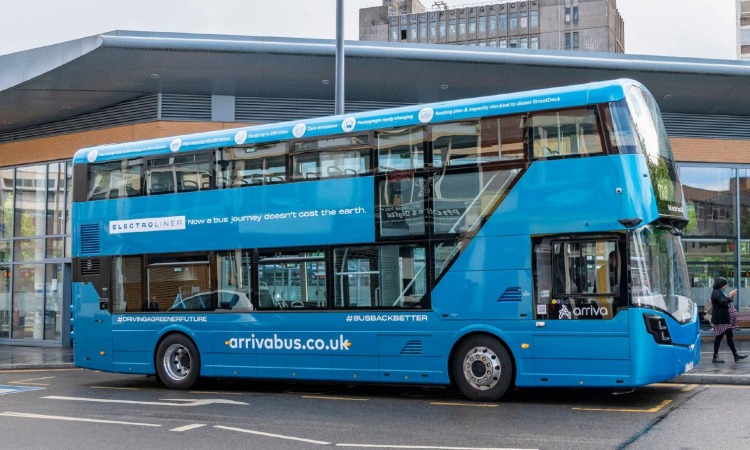 Arriva has announced that it will be launching 22 brand new electric double decker buses in Leicester, in a major first for the city. The zero-emission, British-built buses will be introduced to the city’s streets from October 2023 and will be Arriva’s first electric double deckers outside of London.

This landmark moment for the city’s transport network has been made possible due to the ongoing partnership between Arriva UK Bus and Leicester City Council. The operator and the local authority made a successful joint bid through the UK government’s Zero Emission Bus Regional Areas (ZEBRA) scheme to unlock the £11 million worth of green investment required to purchase new buses.

This further investment from Arriva comes on top of the £9 million addition of 36 new ultra-low emission Euro VI buses arriving into Arriva Leicester’s fleet in December 2022.

Together this £20 million investment represents a significant step in the company’s commitment to developing and decarbonising its fleet in Leicester and builds on the millions of pounds the operator has already invested in upgrading its entire Leicester fleet to the latest ultra-low emissions standards.

Andrew Godley, Commercial Director for Arriva, said: “We’re delighted to be able to make such a strong investment into the Leicester bus network. This is another first for Arriva in the city following our first to market launch of the multi-operator Tap on-Tap off capping scheme. We’re the largest bus operator in Leicester and are proud to be part of the Leicester Buses Partnership. Our comprehensive network of services in Leicester are the best way to get around the city, whether you’re a young person using our term or academic year season tickets, an adult using Tap on Tap off best value capping, or a retiree using a concessionary bus pass.”

Councillor Adam Clarke, Deputy Mayor, said: “This investment is another great step forward with the Leicester Buses Partnership. By the end of next year (2023), half of Leicester’s bus travel will be on quiet, electric, high-quality vehicles. These will be complemented by more bus lanes, shelters and information displays, together with contactless ‘best value’ fare capping.”