In addition to creating a better, safer environment for pedestrians and cyclists, Coventry City Council’s new transport strategy will accelerate the city’s transition to a fully electric bus fleet. 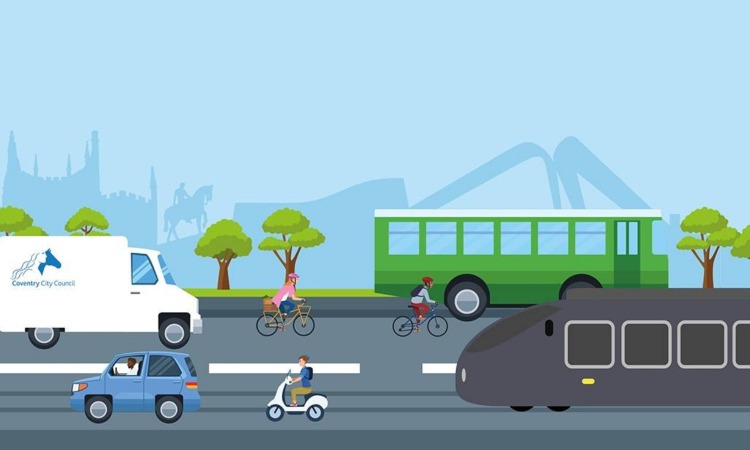 Coventry City Council has announced that it has released a new Transport Strategy to help people and goods travel to, from and around the city for the next 15 years.

The strategy aims to create a city where it is easy, convenient and safe to walk, cycle and travel on public transport and where people can use a range of transport options, appropriate to their journey.

The ‘Changing the way we travel’ strategy will help the council achieve long-term goals such as creating a greener, environmentally-friendly city, reducing inequalities, increasing economic prosperity and supporting health and wellbeing.

The strategy will support the council to create a better, safer environment for pedestrians and cyclists, including building a network of segregated cycleways and further pedestrianisation of the city centre and other local centres.

Other work will see a push to accelerate the use of zero-emission vehicles, including establishing a fully electric bus fleet and bringing in more charging points for electric vehicles. There will also be targeted improvements to the city’s road network to cope with demand following new developments and to address hot-spots for congestion and pollution.

According to the council, Coventry needs to embrace new technology and new forms of transport in order to achieve these objectives. Adopting new technology will see work to explore the potential for drones to be used to transport people and goods.

There will also be talks with local schools and businesses to help people change their thinking and behaviour, as well as incentives to make sustainable travel choices.