The pilot programme will allow the Rhode Island Public Transit Authority to study the benefits and potential disadvantages of fare-free transportation services across the U.S. state. 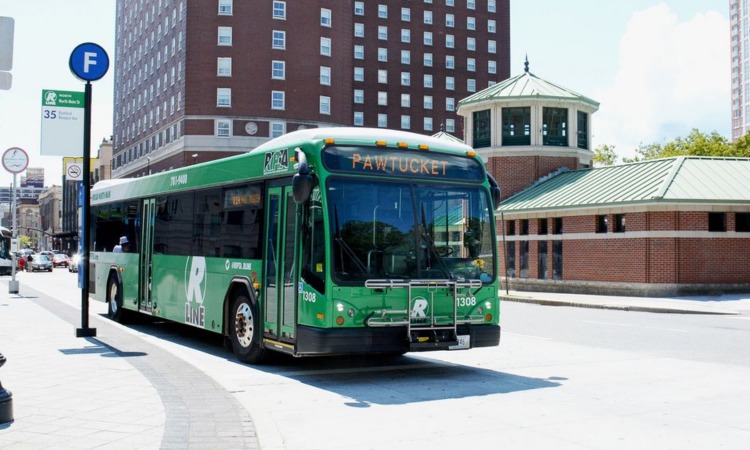 The Rhode Island Public Transit Authority (RIPTA) has announced that it has launched a fare-free pilot programme on the R-Line, the authority’s most frequent and highest-ridership route, connecting Providence and Pawtucket.

This free pilot programme, funded with $2.5 million in the state budget for the fiscal year that began 1 July 2022, is the result of legislation sponsored by Senator Meghan E. Kallman and Representative Leonela Felix. The funding will be used to replace lost fare revenue, purchase Automatic Passenger Counters, perform a required FTA Title VI Analysis, and prepare an evaluation report to the General Assembly.

In addition, the pilot programme presents the authority with a unique opportunity to study the benefits and potential disadvantages of fare-free transit services in Rhode Island. RIPTA will analyse a variety of factors, including ridership impacts on the R-Line; other RIPTA routes and paratransit services; service reliability; financial impacts to RIPTA and transit riders; and environmental impacts.

“We want to thank the Senate for this funding opportunity, which will allow us to learn what free fare programmes may mean for public transportation,” said Scott Avedisian, RIPTA’s Chief Executive Officer. “This pilot will give more people an opportunity to ride our busiest route, the R-Line, which connects Cranston, Providence and Pawtucket. This project complements our ongoing free fare pilot programme in Central Falls, and together these initiatives will guide fare discussions in the future.”

During the pilot programme period, paratransit service will also be fare-free for passengers, making trips that begin and end within 3/4 mile of the R-line.

In early 2022, RIPTA launched a ‘Ride Free Central Falls’ pilot programme, which allows passengers to board for free in Central Falls when using a Wave smart card or mobile app. This pilot is testing the effectiveness of using geofencing technology to promote the use of public transportation.