Upon completion, the new electric charging station will charge up to three electric buses simultaneously and will also feature driver restrooms and various site improvements, including an on-site snow-melt system. 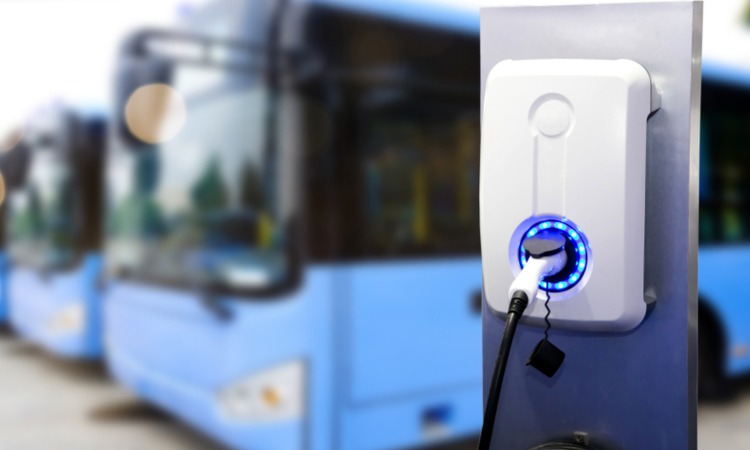 The station, which can charge up to three electric buses simultaneously, will also feature driver restrooms and various site improvements including an on-site snow-melt system.

“The new electric charging station furthers our administration’s commitment to cleaner air quality and zero-emission, sustainable energy. Projects like this also build on our momentum in ensuring Rhode Island is at the forefront of the green economy,” said Governor McKee. “It is also critical that we ensure easier access to public transportation for riders, who rely on RIPTA’s services to get to school, work or the doctor’s office.”

The new electric charging station will be located along the R-Line, RIPTA’s most frequently used and highest-ridership route, connecting Providence and Pawtucket. The authority’s first fully electric bus fleet will operate on this key corridor, lowering emissions in an area where many low-income and BIPOC communities have been affected by air pollution.

“Electrification of mass transit is the future and necessary for our state to achieve its ambitious climate goals,” said Lt. Governor Sabina Matos. “This charging station is an important step towards achieving a net-zero emissions future and also for providing clean energy public transit to our communities who rely on it most.”

“This new electric charging station is not only a key component in our battle against climate change, but an environmental justice tool as well,” said Scott Avedisian, CEO of RIPTA. “Constructing this station at Broad City Line cements our commitment to reducing global carbon emissions, while improving air quality for transit-dependent communities burdened by the adverse health effects of pollution.”

The roughly $6.7 million project, which is expected to be completed by Autumn 2022, is funded largely by a Volkswagen settlement fund, with the remaining funds coming from federal transit funding.